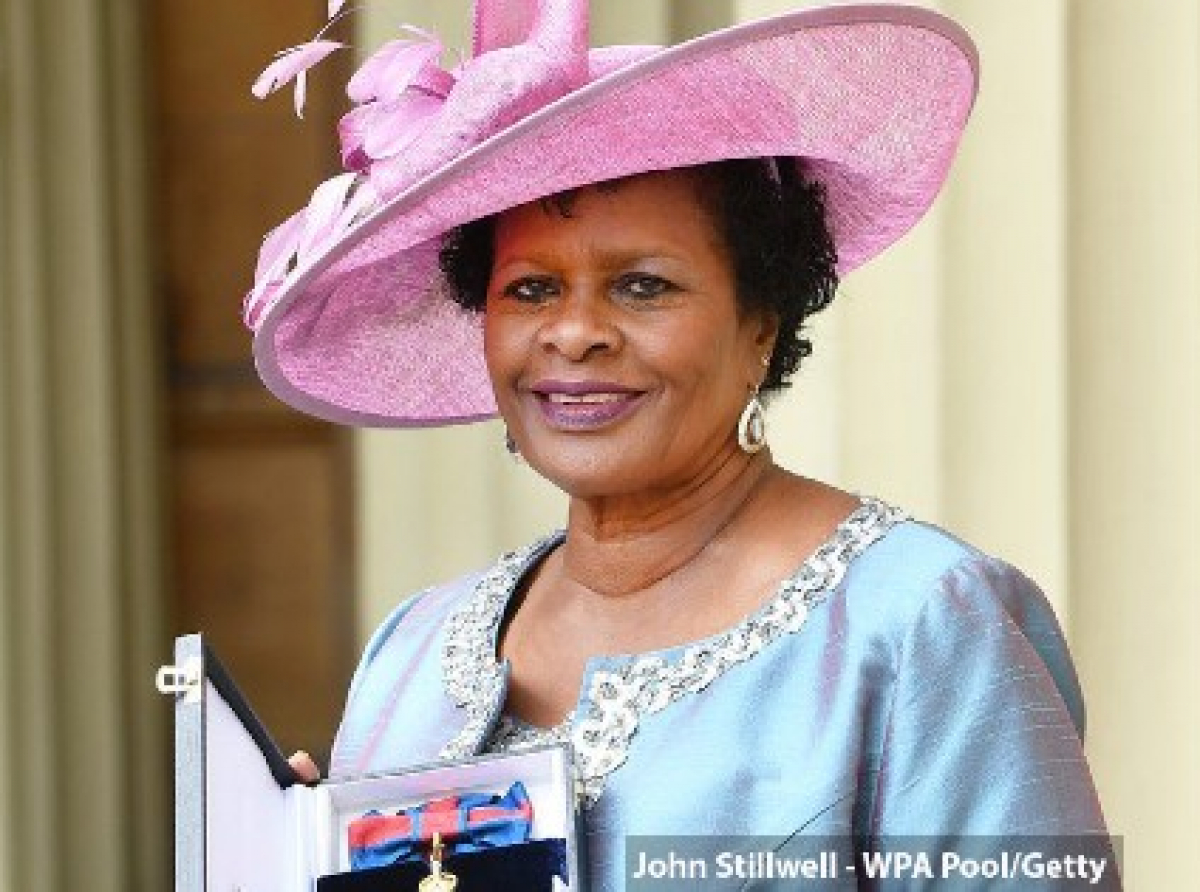 BRIDGETOWN, Barbados – Barbados legislators Wednesday elected 72-year-old Governor General, Dame Sandra Prunella Mason, to be the first ever President as the island moves to end its political relationship with Britain and adopt a republican status on November 30, its independence day.

All but one of the legislators who were present during the joint sitting of the two houses of Parliament voted in support of Dame Sandra, who had been nominated by both Prime Minister Mia Mottley and Opposition Leader, Bishop Joseph Atherley to replace Queen Elizabeth II as Barbados’ Head of State..

Opposition Senator, Caswell Franklyn earlier walked out of the joint sitting of Parliament held at the Lloyd Erskine Sandiford Centre, after objecting to her nomination. His walk out came after the Speaker of the House of Representatives, Arthur Holder, read a letter from Prime Minister Mottley advising of the joint nomination,

“I have an objection, Mister Speaker,” he said, with the Speaker replying that “in accordance with the Constitution, I am therefore suspending this sitting”.

Both Houses of Parliament subsequently split to meet in separate rooms to cast secret ballots on the matter.

However, when voting began in the Senate, Franklyn raised yet another objection – this time about the ballots.

“This document has no validity. It comes from nowhere,” he said, with the Senate President, Reginald Farley responding “I have deemed it to be valid”.

“You cannot deem something to be valid that has no constitutional or legislative basis, Sir,” Franklyn said, adding “you will not treat me this way today. I will not stand for it. You will have to put me out.”

“Somebody make up this last night after I told people get things in place cause I going to object. So you rush and do this. I didn’t want to surprise anybody. I told everybody that this going to happen to show you that the nonsense that we did in the House and the Senate last time when we passed the Constitution Amendment Act, there are no rules,” he added.

But the Senate President reminded legislators that the Parliament makes its own rules for voting.

Had there been no objection, Dame Sandra would have been declared the duly elected and first President of Barbados as dictated by Section 14 of the Constitution.

Dame Sandra was born on January 17, 1949 in East Point, St. Philip, and was educated at the University of the West Indies (UWI), Cave Hill Campus in Barbados and the Hugh Wooding Law School in Trinidad graduating with a Bachelor of Laws (LL.B) degree in 1973 and a Certificate of Legal Education in 1975.

She became the first Barbadian female attorney to have graduated from the Hugh Wooding Law School and in 998, she completed a course in Judicial Administration at RIPA, London, and a course in Alternative Dispute Resolution at the University of Windsor, Canada and Stitt Field Hendy Houston ADR Ltd. in 2000.

In 2001, she completed a fellowship at the Commonwealth Judicial Education Institute, Canada, and advanced courses in Alternative Dispute Resolution by the University of the West Indies and the University of Windsor, Canada.

Dame Sandra began her career as a teacher at the Princess Margaret Secondary School. She left teaching and worked at Barclays Bank DCO, Barbados, and was promoted to Trust Administrator for the period 1975-1976. She was later transferred to Barclays Bank Jamaica Ltd., then returned to Barbados and continued her banking career with Barclays Finance Corporation.

In 1978, she began working as a Magistrate of the Juvenile and Family Court, while simultaneously tutoring in Family Law at UWI following a brief stint as an attorney in private practice. She served on the UN Committee on the Rights of the Child from its inception in 1991 until 1999, serving both as Chair and Vice-Chair.

She was also one of two women who were appointed to the 13-member Caribbean Community (CARICOM) Commission charged with evaluating regional integration.

Dame Sandra also served as Ambassador to Venezuela, Chile, Colombia and Brazil for the period 1993-1994. Upon her return to Barbados, she was appointed as Chief Magistrate and later became the Registrar of the Supreme Court.

Dame Sandra also takes an avid interest in reading, playing scrabble, watching cricket and travelling. However, her greatest achievement is being the mother of son Matthew, who is also an attorney.