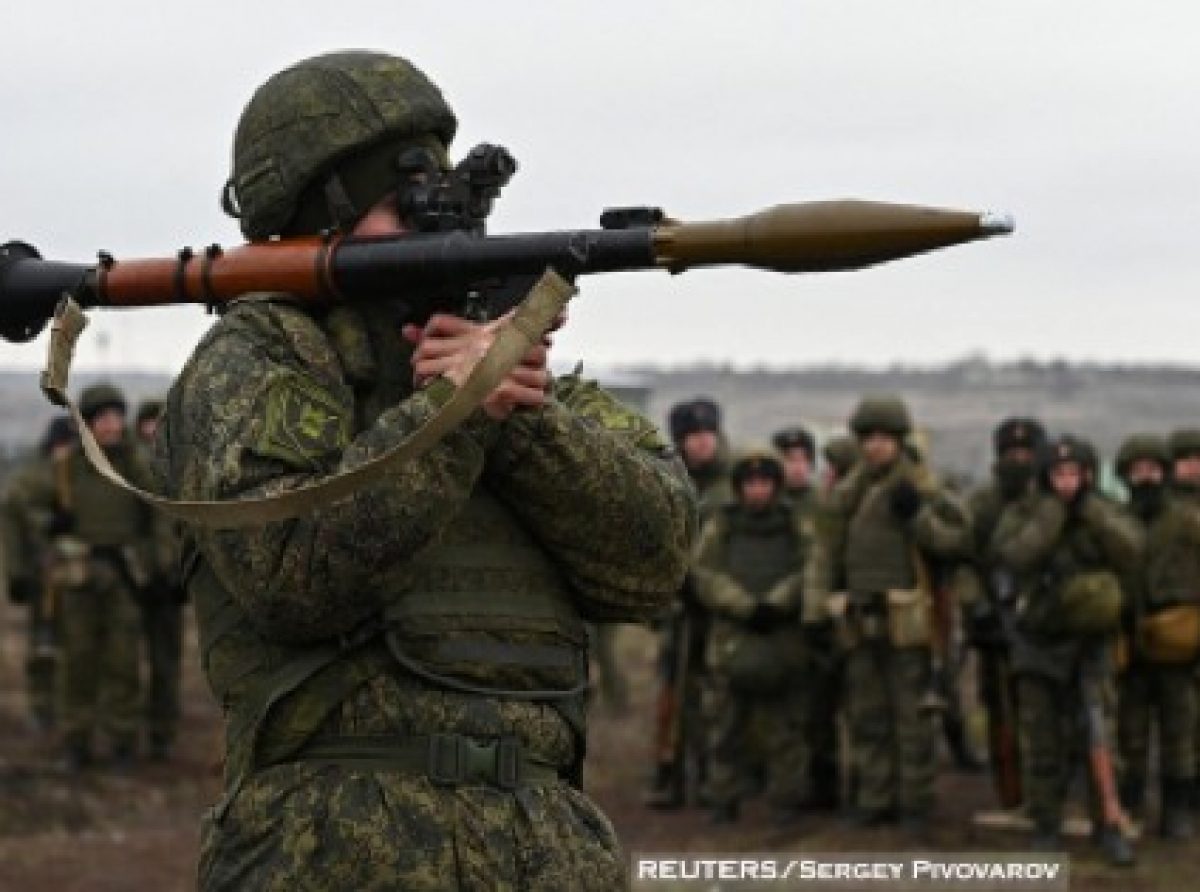 GEORGETOWN, Guyana – Guyana's former president is questioning the “deafening silence” of Latin America and Caribbean leaders to the situation in Ukraine where Russian troops have been gathering on the border of the European country, amid fears of a possible invasion.

Donald Ramator, who served as head of state from 2011 to 2015, in a letter published in the Stabroek newspaper on Monday, warned that if “war breaks out we will all be affected.

Ramator said that the situation reminds him of the Cuban Missile Crisis 60 years ago when the “world came to the very brink of nuclear war.

“We now know from the documents released from the US State Department, the Kennedy papers, and more recently from the archive in the former Soviet Union, that we were really on the edge of a precipice,” he wrote.

Ramotar recalled that the Russian government recognizing the hostility of the United States administration to Cuba, persuaded Havana to allow it to install missiles on the island for Cuba’s protection from an American invasion.

“That was not the only reason. The other position was that the USSR grasped at the opportunity to move its missiles closer to the US, as the US had done to the USSR.”

He said the Kennedy government reacted very strongly, established a blockade around Cuba and demanded that the missiles be removed.

“The US was ready to go to war, and for a few days, the world stood still in deep tension. The two nations, having gone to the brink, used that experience to try to make the world a safer place. The first Arms Control Treaty came about as a result of that dastardly experience.

“The announced goal was to move to complete disarmament. Now, the US and its NATO allies have been surrounding Russia with military bases. They are pushing right on the Russian border, in Ukraine. Russia, as the US did sixty years ago, is saying “no way can we accept this.” Russia knows the devastation of war. Every time it was attacked, by Napoleon or by Hitler’s Germany, it was in that same vicinity.”

He said that Washington, aware of Russia’s weakened positions after the collapse of the Soviet Union, took advantage and began moving NATO ever closer to Russia.

“The US even had a big hand in removing a government in Kiev that was friendly to Russia. In response to NATO pressures moving ever closer to Russia, and the arming of the regime in Kiev, the Russians have amassed large amounts of troops close to its border with Ukraine.

“How will Russia react? No one really knows for sure. The options that it has are not many, all of which can lead to war, possibly nuclear war. All are dangerous to the whole world. It can invade Ukraine, either wholesale or in parts. That would lead to further sanctions and increase the possibilities of counter attacks and eventually an all-out war.”

Ramator is warning that Russia could make military alliances in this region with countries which have problems with the United States, naming Venezuela, Nicaragua and Cuba.

“ Already the Russian Foreign Minister, Mr. Lavrov, has stated that Russia is looking to expand their relations with these countries. This is extremely dangerous. We know from what happened in Cuba, sixty years ago, how the US is likely to react to that. The situation is very dangerous and can easily spin out of control. Let us not forget that both World Wars have had their origins in Europe.

“I am concerned about the deafening silence of the leaders in Latin America and the Caribbean, and other regions of the world,” Ramator said, adding “this is very unfortunate, because if war breaks out we will all be affected.

“It is tragic that while this situation has negative global consequences, only two countries are talking and the rest are just onlookers. This must not be left in the boardrooms, people must have a say. Heads of States and governments should demand a meeting of the United Nations General Assembly to discuss this and bring it to a just conclusion. We must not remain innocent bystanders,” he wrote.

On Monday, Russia and the United States faced off at the UN Security Council over Moscow’s troop buildup on the Ukrainian border, as Western nations intensified their high-stakes diplomatic push to avert open conflict in Europe.

The US-requested meeting came with fears growing of an imminent incursion into Ukraine, despite Kremlin denials.