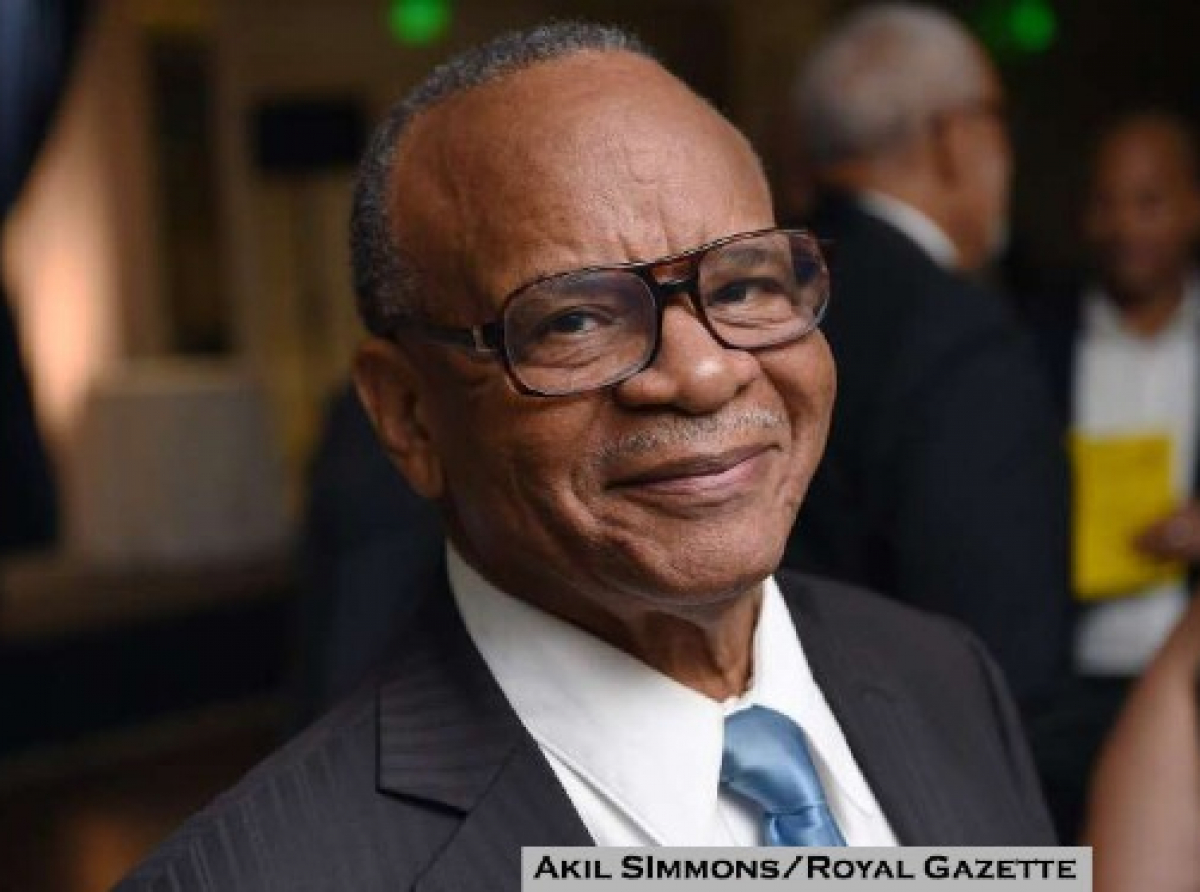 BRIDGETOWN, Barbados – The distinguished Barbadian technocrat Dr. Jean Holder, well known throughout the region for his pioneering work in tourism and diplomacy has died. He was 85.

“In tourism, unlike in the case of the export of sugar and bananas, the region’s horizons are not circumscribed, by old connections with former colonial powers that, in any case, no longer carry the burden of guilt, caused by colonial exploitation. The tourism world is indeed the Caribbean’s oyster,” Holder wrote in his 2014 publication titled “Caribbean Tourism”.

Holder, whose service to his homeland and the wider Caribbean began after graduating from Oxford University in England, when he was recruited into the diplomatic service to represent the newly formed West Indies Federation.

But the illustrious career he had envisaged with the West Indies Federation came was not to be as in 1961, Jamaica decided to leave the Federation, followed closely by Trinidad and Tobago.

“The whole thing began to collapse; Jamaica had a referendum in 1961 and decided that she would leave, followed by Trinidad…the seven Eastern Caribbean countries plus Barbados found themselves struggling to survive,” he would later explain.

He said that the remaining countries “rescued the situation” by forming the Barbados-based Eastern Caribbean Commission with offices in London and Canada.

Holder, who had been trained in diplomacy, international law and political theory at the University of Toronto in Canada, was posted as the “number two” in the office in London, and, in addition to looking after matters of trade and the relationship with the British government, was also responsible for the welfare of immigrants to England, including students from the Caribbean.

“There was a great deal to do. It was one of the most productive parts of my life because the students were based in every corner in London that you could think  of and you constantly had to visit them, deal with them and their problems…That kept me extremely busy during the years at the Eastern Caribbean Commission,” he said.

But while in London, Holder became engaged in the conversations regarding Barbados’ move towards independence in 1966 with the then Prime Minister Errol Barrow giving him the task of keeping Barbadians and other Caribbean countries apprised of the negotiations with the British government.

“I was, I thought, extremely fortunate to have been asked by Mr. Barrow to be Press and Publicity Officer for the conference, and to attend the conference and to be responsible not only for briefing the British and West Indian Press, but also for drafting reports for him to approve to be released in the Caribbean and Barbados.

“Of course, the reports were received with great anticipation by Barbadians who were waiting to know what the outcome of the independence conference would be, and I can say it was a very turbulent affair in which Premier Barrow and the Colonial Secretary came to some serious words, but at the end of the day we were able to emerge from that exercise successfully and the British Government agreed to Barbados’ Independence,” said, Holder, who would later serve as First Secretary in the Barbados High Commission, which was established post-Independence.

He returned to Barbados in 1968 to head the Economic and Policy Division of the Ministry of Foreign Affairs where his interest in the region’s tourism sector grew.

He said he was attracted to an advertisement for the creation of a region-wide research and development tourism organization and while admitting that he had no experience in the tourism industry, he remained engaged in the efforts to transform Caribbean tourism from being simply an activity driven by marketing, to being a developmental sector chartered mostly by research statistics and planning.

“I was looking for a change from the Foreign Service. I had been in the Foreign Service actively for 14 years and thought that perhaps I needed a change, and I felt I had the ability to get the job done…I think that my 14 years in diplomacy had given me the skills to get persons to get things done.

“It was a job which had really nothing to do with tourism, it was about creating an agency, designing an agency, selecting the kind of economists and statisticians, people that were never associated with tourism prior,” he added.

He used his tenure as executive director of the Caribbean Tourism Research and Development Centre (CTRC), to push for the development of the sector overseeing the amalgamation of the CTRC and the New York-based Caribbean Tourist Association (CTA) that focused only on the marketing aspect of tourism.

“I will not pretend that it was easy or that it didn’t meet with massive resistance, especially from the private sector, who were happy with the marketing focus and did not understand all the talk about development focus…but it was a battle fought and won and in 1998, the Caribbean Tourism Organization (CTO) was created,” he stated.

Holder spent 30 years in regional tourism, and, at the end of his tenure, the CTO had become the region’s major marketing tourism and development organization, with a membership of 34 Caribbean states, as well as several national, regional and international private sector travel and tourism agencies and companies.

“Jean Holder comes to his labor of love in Caribbean Tourism from a lifetime of work and production in Caribbean tourism and the airline industry, resting upon the foundation of undoubted scholarship honed in Barbados, Oxford, and beyond.

“A hugely gifted man of knowledge, wisdom, and experience, Jean Holder has brought it all together to inform, educate, guide, plan, and lead. He has also given us prophecy of a better tourism future for our region amidst its possibilities and limitations,” said Prime Minister  Gonsalves in a review of Holder’s book “Caribbean Tourism”.

Holder would later expand his role within the region’s private sector, becoming the chairman of the regional-based carrier, LIAT, whose major shareholders were the governments of Antigua and Barbuda, Barbados, Dominica and St. Vincent and the Grenadines..

“You have, obviously, the cost factor, and the cost factor has been affected for many years by fuel costs…LIAT has a very small fleet and it’s supposed to service 21 different countries…with very small markets separated by water every day, and only four countries support it financially.

“So, when you add the financial issues to what I call the operational issues, it’s very, very difficult to design policies for LIAT that work across the board. If you are serving 21 countries, you have to have some footprint on the ground in each of those countries.

“Planes are coming and going every day that means you are likely to have a much larger staff than you would think necessary…so I’m just saying while LIAT can do better and we are working every day to make sure that it does better there are good reasons why it is so complex,” he added.

In 2011, he resigned as chairman of the airline after seven years and in 2019, stepped down also as a director of the cash strapped company.

“After 16 years as a director and chairman of LIAT, he informed the shareholders that he would not be available for nomination as a director of LIAT’s Board for the next term,” LIAT said in a statement, adding that Holder had also stated that it was fulfilling to perform this role in such a critical regional institution.

“He thanked the shareholders and customers for their continued support; the employees for their hard work and commitment to continuous improvement and all the other stakeholders who through their patience, contributed to the ongoing safe operation of LIAT. “

Gonsalves, thanked Holder “for his outstanding contribution in the oversight of the Board of Directors in some extraordinarily difficult times”.

Holder also contributed significantly to the development of Barbados’ cultural landscape and was chairman of the first National Independence Festival of Creative Arts (NIFCA) committee in 1973.

“I’ve looked back at NIFCA over the years and I believe that NIFCA is the most important developmental cultural activity in Barbados. It has all the ingredients necessary for not only inculcating skills but setting standards and ensuring that year after year new generations continue to be involved in the arts,” he added.

He would later be awarded Governor General’s Lifetime Award for his contribution to NIFCA.