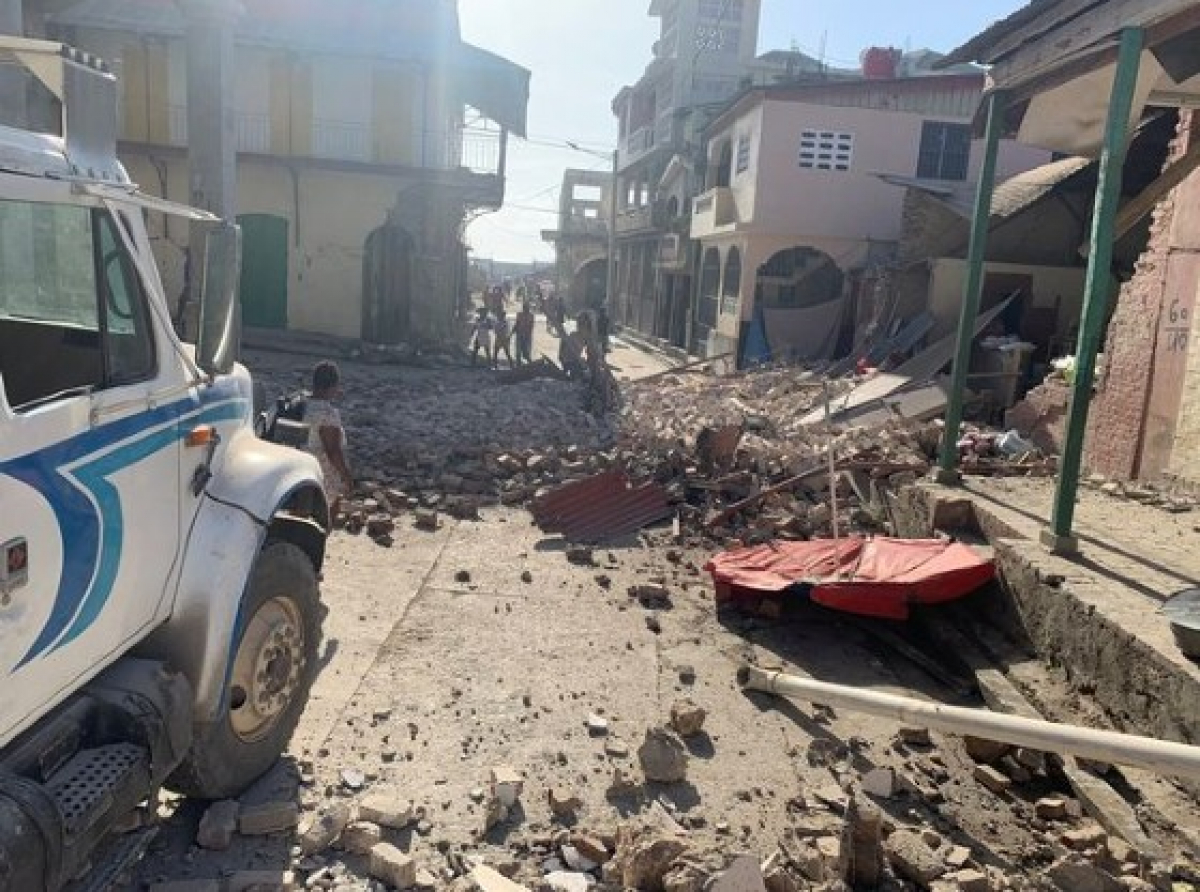 PORT-AU-PRINCE, Haiti – Officials on Sunday reported that the death toll from Saturday morning’s 7.2 magnitude earthquake had more than doubled, reaching 724, amid concerns that an approaching tropical storm could complicate ongoing rescue efforts.

About 2,800 other people have been listed as injured and efforts are still underway to find survivors trapped in the rubble of collapsed buildings in the wake of the massive quake and aftershocks, Haiti’s civil protection agency said.

Officials say most of the deaths occurred in the south of the country where 500 people are known to have died.

In addition to the fatalities and injuries, the quake resulted in the destruction of 2,868 homes and damaged another 5,410.

“When it comes to medical needs, this is our biggest urgency. We have started to send medications and medical personnel to the facilities that are affected,” Prime Minister Ariel Henry said.

“For the people who need urgent special care, we have evacuated a certain number of them, and we will evacuate some more today and tomorrow.”

Saturday’s earthquake adds to a series of challenges and worries for the French-speaking Caribbean nation that had still not fully recovered from the 2010 earthquake that devasted the country and killed more than 200,000 people.

“We’re concerned that this earthquake is just one more crisis on top of what the country is already facing — including the worsening political stalemate after the president’s assassination, COVID and food insecurity,” Jean-Wickens Merone, a spokesman with World Vision Haiti, said in a statement.

Haiti is also likely to feel the impact of heavy rains and winds from Tropical Storm Grace.

The National Hurricane Centre (NHC) in Miami on Sunday afternoon said although Grace remains a disorganized system and is forecast to maintain minimal tropical storm strength, 4 to 8 inches of rain with isolated maximum totals of 15 inches across southern terrain areas are forecast for Haiti and the Dominican Republic, which share the island of Hispaniola.

The NHC warned that the heavy rainfall could lead to flash and urban flooding and possible mudslides from Monday into Tuesday, which would complicate the ongoing rescue efforts in Haiti.

The entire coast of Haiti is under tropical storm watch, with Grace forecast to move over Hispaniola on Monday.

In the wake of the earthquake, several countries, including the United States and Canada, and regional and international organizations have promised support for the impoverished nation.

The United Nations (UN) said on Sunday that its various agencies were working to support the rescue and relief efforts.

The Pan American Health Organization (PAHO) confirmed that a team of experts from its office in Port-au-Prince has been deployed to evaluate the damage and coordinate an appropriate health response. It is also preparing several Emergency Medical Teams (EMTs), as well as medical supplies and other strategic equipment that can be deployed if needed.

On Saturday, the 15-member Caribbean Community (CARICOM), of which Haiti is a member, also said it stood ready to assist. CARICOM Chairman, Gaston Browne, who is also the Prime Minister of Antigua and Barbuda, said he held discussions with Henry to convey that message.