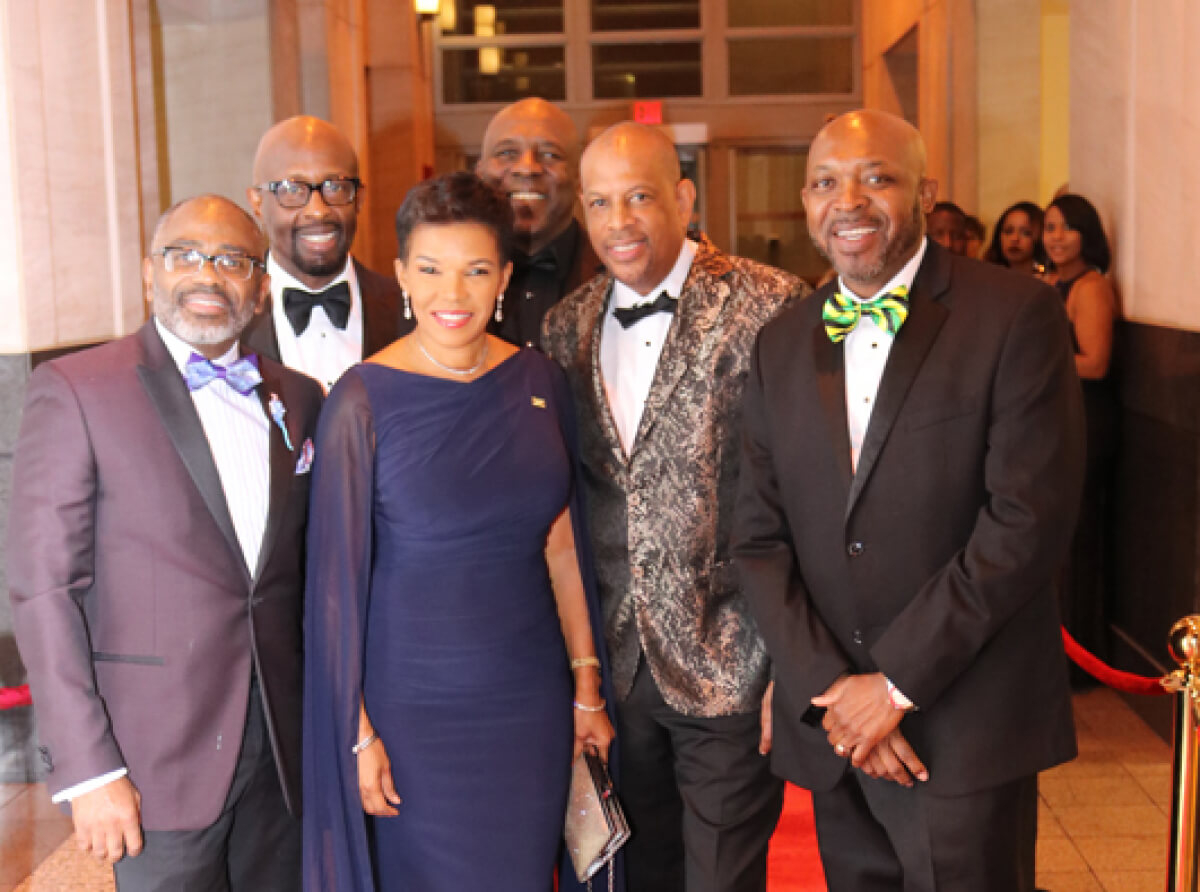 The David “Wagga” Hunt Scholarship Foundation (DWF) is getting high marks from Jamaica’s ambassador to the United States for providing students in dire need in Jamaica with vital lifeline.

Ambassador Audrey Marks lauded the Washington, DC-based DWF for seeing to it that needy Jamaican students can continue their education, particularly amid the ongoing global COVID-19 pandemic. The David “Wagga” Hunt initiative has disbursed more than 30 scholarships worth some J$13 million in its relatively short life, which she described as quite an impressive accomplishment which deserved emulation.

“I am impressed with your organisation’s success in disbursing over J$4 million towards the provision of scholarships and enhancement of the technology infrastructure at Kingston College and Calabar High School in 2020,” declared Ambassador Marks, addressing the David “Wagga” Hunt Scholarship Initiative’s virtual fundraising on Saturday January 30. She pointed out that this was “despite the enormous challenges which COVID-19 has presented in various spheres.”

This year, DWHF honoured two of Jamaica’s exemplars of excellence: CEO of Seprod and Calabar old boy, Richard Pandohie; and Professor Emeritus of the Caribbean Institute for Health and Research and KC old boy, Rainford Wilks.

In her remarks, the Jamaican Ambassador Marks also praised Christopher Hunt and the David “Wagga” Hunt Scholarship Initiative organising committee members, on hosting their ninth event, which was historic as the first one being held virtually due to the ongoing global COVID-19 pandemic.

Continuing, Ambassador Marks said the late David “Wagga” Hunt would long be remembered for the indelible mark he made on the development of Calabar High and Kingston College, two of Jamaica’s premier secondary institutions – traditional friendly “rivals” in sports and academics. “This initiative is therefore a fitting tribute to a man who devoted much of his life to transforming the lives of young men in both institutions.”

This year’s Red Carpet Ball was held under the patronage of Jamaica’s Ambassador to the USA, Her Excellency, Audrey P. Marks, as well as the principals of Kingston College and Calabar High School, Dave Myrie and Albert Corcho, respectively.

Since 2009, the scholarship initiative has funded students from grades 8 through 13 covering tuition, books, lunch and other school related expenses. To date, over 30 scholarships exceeding J$13 Million dollars have been awarded. Recipients are selected from a shortlist of nominees and must  display commendable academic performance and deportment; be involved in extracurricular activities, and are deemed in need of financial assistance.

League Football Association, and one of Jamaica’s  foremost track-and-field analysts, who also had a great passion for youth and sports. Mr. Hunt led Calabar to both the Manning Cup and Oliver Shield titles in 2005.