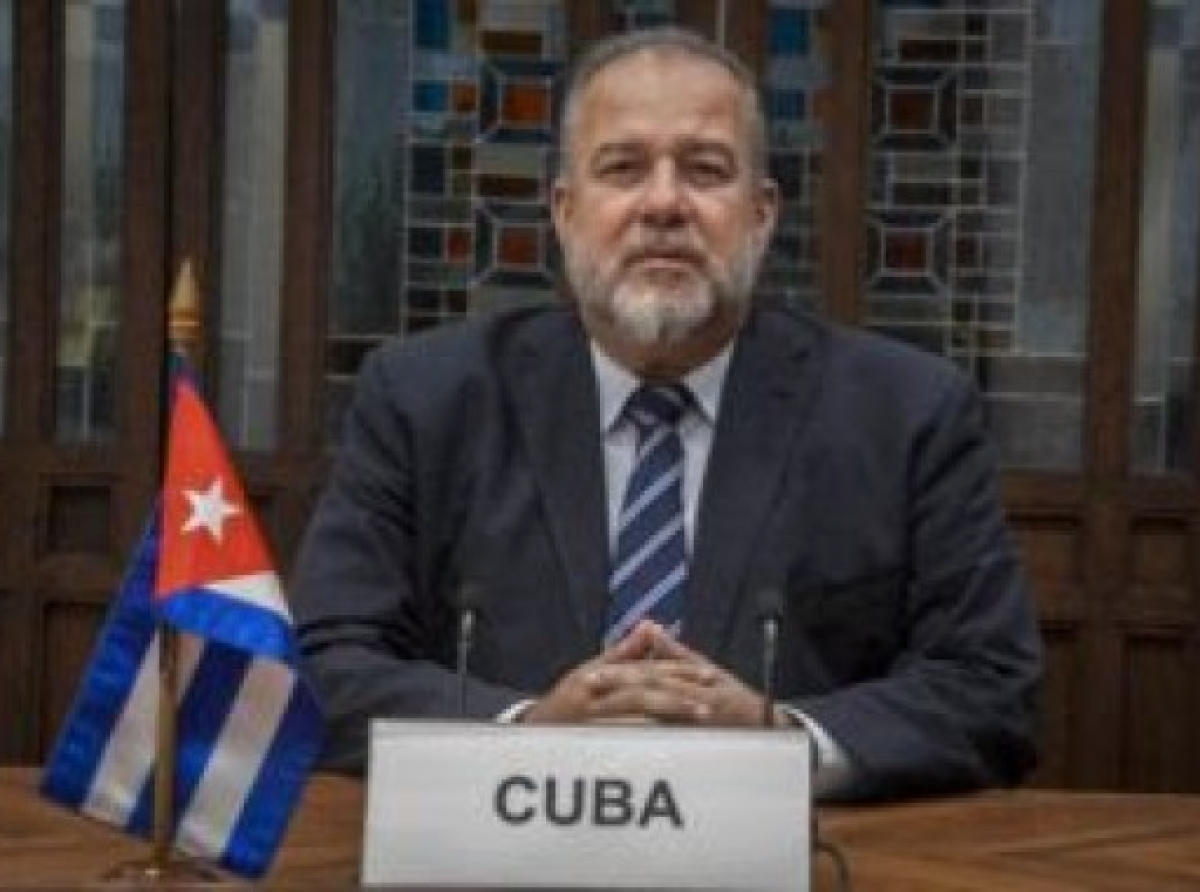 HAVANA, Cuba – The Prime Minister of Cuba,  Manuel Marrero Cruz has reiterated his country’s interest in strengthening cooperation with the countries of the Eurasian Union in areas such as trade, energy, transport, tourism, iron and steel industry, mining, health, pharmaceuticals and biotechnology.

During a recent speech at the Eurasian Intergovernmental Council Meeting, the Cuban premier ratified Cuba’s willingness to support the member states of the Union with the vaccines against COVID-19 developed in the country, which could lead to a strategic line of cooperation.

He stressed that the vaccine candidates created by scientists of the Finlay Vaccine Institute and the Center for Genetic Engineering and Biotechnology have so far proved to be effective against the new strains detected worldwide.

He also highlighted Cuba’s capacity to produce large quantities of vaccines, which is why it plans to become one of the first countries to immunize its entire population.

At the meeting, where Cuba participates as Observer State, Marrero Cruz stressed the importance given in the Caribbean nation to economic, trade, financial and cooperation relations with the member states of the regional bloc, and confirmed the willingness to collaborate in the implementation of the strategic guidelines for the development of Eurasian economic integration until 2025.

Other fields of interest for Havana are the increase of exports of goods and services to the EAU market, and the participation of businessmen from the Eurasian region in foreign investment projects in Cuba, which will have the full support of the authorities, the PM emphasized.

The Cuban Prime Minister added that his country is also working to strengthen relations with the tourism sector of the countries of the Eurasian group, based on the experience developed with the Russian Federation, especially through corporative and health tourism.

Marrero Cruz also explained that Cuba is currently creating the conditions to market safe tourism worldwide, and assured the willingness to negotiate the expansion of air traffic from the countries of the Union, incorporating other departure or destination cities to the traditional routes.

The Eurasian Union, created in 2015, is a regional economic integration mechanism made up of Russia, Armenia, Belarus, Kazakhstan and Kyrgyzstan, as member states, and Moldova, Uzbekistan and Cuba as observers.