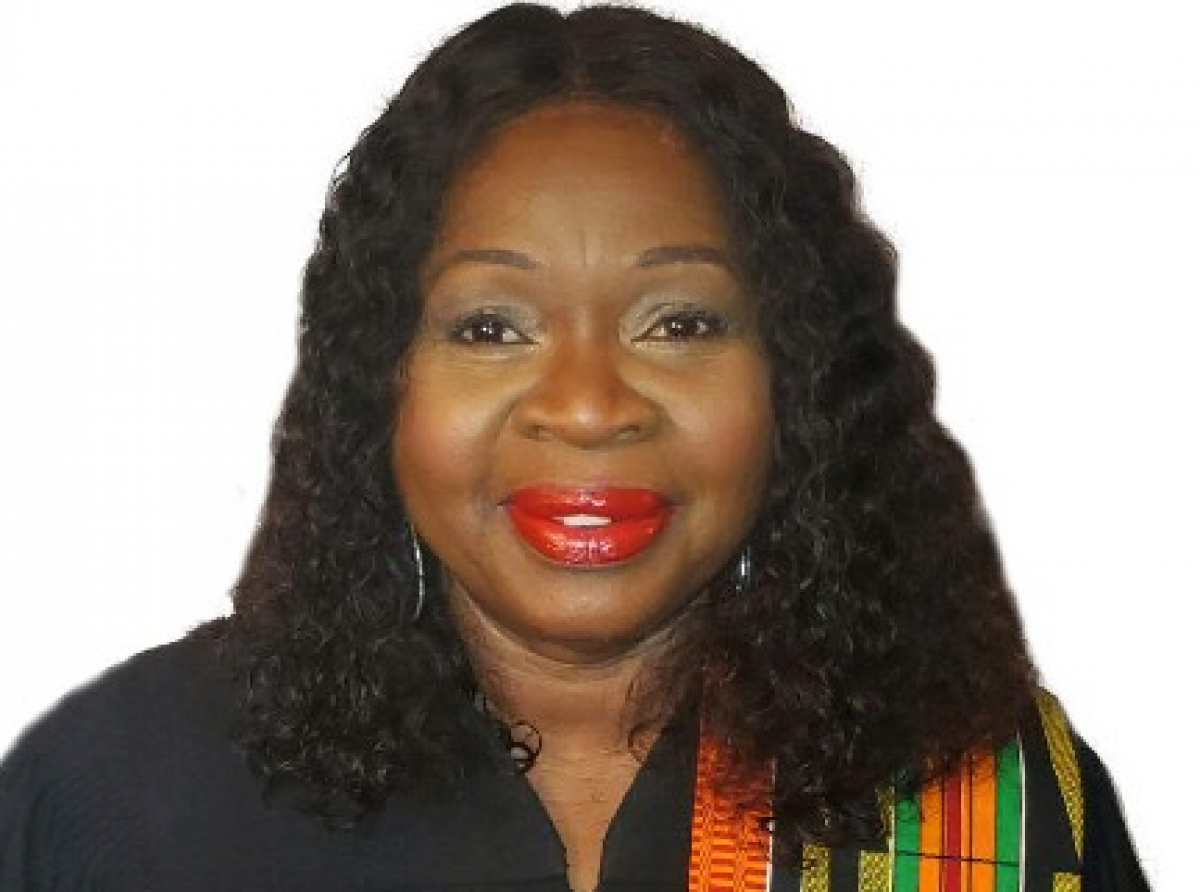 The award is named in honor of Jones, a former judge on New York State’s Court of Appeals who died in 2012.

“I feel honored and humbled to be the recipient of this year’s Hon. Theodore ‘Ted’ Jones Lifetime Achievement Award,” Justice Hinds-Radix told the Caribbean Media Corporation (CMC) on Monday. “This is a great honor, and I am happy and blessed to have been chosen to receive such a prestigious award from my court family.”

“I knew Ted for many years, and he was a friend, a mentor, a confidant, and an integral and well-respected part of the court system for a long time. He was always full of life and always carried himself with dignity.

“Ted has left an indelible mark on all of our lives; and I know I speak for my entire court family when I say that he left this life too soon, and he will forever be missed. Like Judge Jones, I have dedicated my career to ensuring justice to anyone who seeks it, and I am grateful to him for his guidance and mentorship. I know that it is my responsibility to reach back and assist to raise up the next generation, just as Ted and many others did for me,” Justice Hinds-Radix added.

In July 2020, Justice Hinds-Radix, a former administrative judge for Civil Matters in the Second Judicial District, was elected president of the Brooklyn, New York-based CALA.

A staunch advocate for children’s education, every Saturday morning, Justice Hinds-Radix said she and her family tutor young people at the Brooklyn-based Barbados Ex-Police Association.

She is also a former President of the Nathan K. Sobel American Inns of Court, the Second Vice President of The Judicial Friends, a Board Member of the Women in the Courts Committee and a member of the Board of Directors for the St. Gabriel’s Senior Citizens Centre and the St. John’s Bread and Life Agency.

Justice Hinds-Radix served as the President of the Brooklyn Women’s Bar Association and the Supreme Court Justice of the City of New York.

Justice Hinds-Radix is the recipient of many awards, including The Gold Crown of Merit, which was conferred upon her by the Governor-General of Barbados on the nation’s celebration of its 39th anniversary of its independence, one of the nation’s highest honors.

She has also been honored with the Shirley Chisholm Award, given to her by the Barbados Consulate in commemoration of the 50th Anniversary of Barbados’ Independence.

She has been honored with the Golda Meir Award, bestowed upon Justice Hinds-Radix by the Jewish Lawyers Guild, as well as the Beatrice M. Judge Award and the Sybil Hart Kooper Award by the Brooklyn Women’s Bar Association, the Distinguished Judiciary Award and the President’s Award by the Catholic Lawyers Guild, the Lifetime Achievement Award from the Society for the Advancement of the Caribbean Diaspora and was named one of the Top Women in Business by the Home Reporter.

Justice Hinds-Radix is married to Grenadian-born dentist Dr. Joseph Radix and they have three daughters.