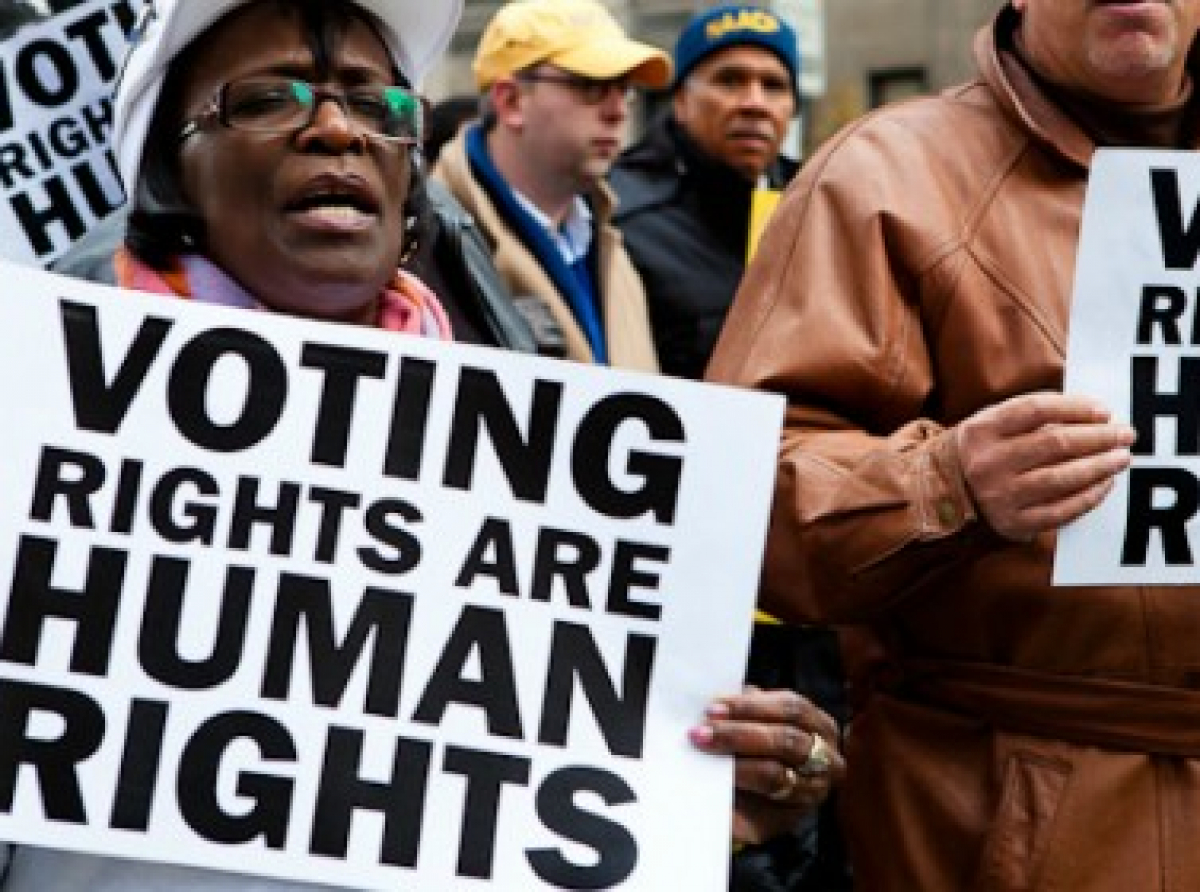 The New York Immigration Coalition (NYIC), an umbrella policy and advocacy organization for more than 200 immigration groups in the New York State, said it collaborated, for years, with other groups and allies, such as the Our City, Our Vote Coalition (OCOV), and United Neighborhood Houses (UNH), in ensuring the eventual passage of the historic measure.

NYIC said Thursday’s vote, “the most significant expansion of New York City’s democracy in over a century, also marked a significant victory in the ongoing fight for voting rights across the country.

“This ground-breaking legislation gives nearly one million New Yorkers a voice in the issues we all care about; the quality of our schools, the safety of our streets, and countless other large and small ways the city government impacts our lives.

“This legislation will usher in the largest enfranchisement of New Yorkers in more than a century and marks a bold step forward in the fight for protecting and expanding democracy. New York City can once again serve as a model for cities and counties across the country.

“When powerful forces lobby to restrict access to the ballot box and seek to turn our country back, New York can and must offer a strong reminder that our leaders don’t get to choose their voters; the voters choose who leads them,” Awawdeh added.

UHN’s executive director, Susan Stamler, said Caribbean and other immigrants are “New Yorkers through and through,” adding that the City Council vote “gives them a voice in the neighborhoods where they live, work and participate in civic life.

“With this outcome, Speaker (Corey) Johnson and the City Council have corrected a historical inequality and given power to voices that have been silenced for far too long,” she said.

“We now call on Mayor de Blasio to sign Intro 1867 into law immediately and take the final step to ensure that immigrant New Yorkers can participate in our democracy,” Stamler said.

Rodriguez told CMC: “It is no secret we are making history today."

“This is a city of immigrants, and New Yorkers deserve a voice in their city representatives and the policies that will shape their lives.

“I’m grateful to the elected officials and advocates who have worked on this issue for so long, and that, even as some states work to strip voting rights from communities of more color, our city joins others across the nation which already have restored this right and expanded democracy,” he added.

Queens Borough President Donovan Richards, Jr., who traces his roots to Jamaica, said that “in a time when democracy itself is under threat across the world, I applaud both the City Council for its courageous vote to enfranchise nearly one million our neighbors and the countless advocates who fought tirelessly for years to make this victory possible.

“Our city, and our democracy, is a fairer and stronger place today because of this vote and the dedicated activism it took to get here,” he said.