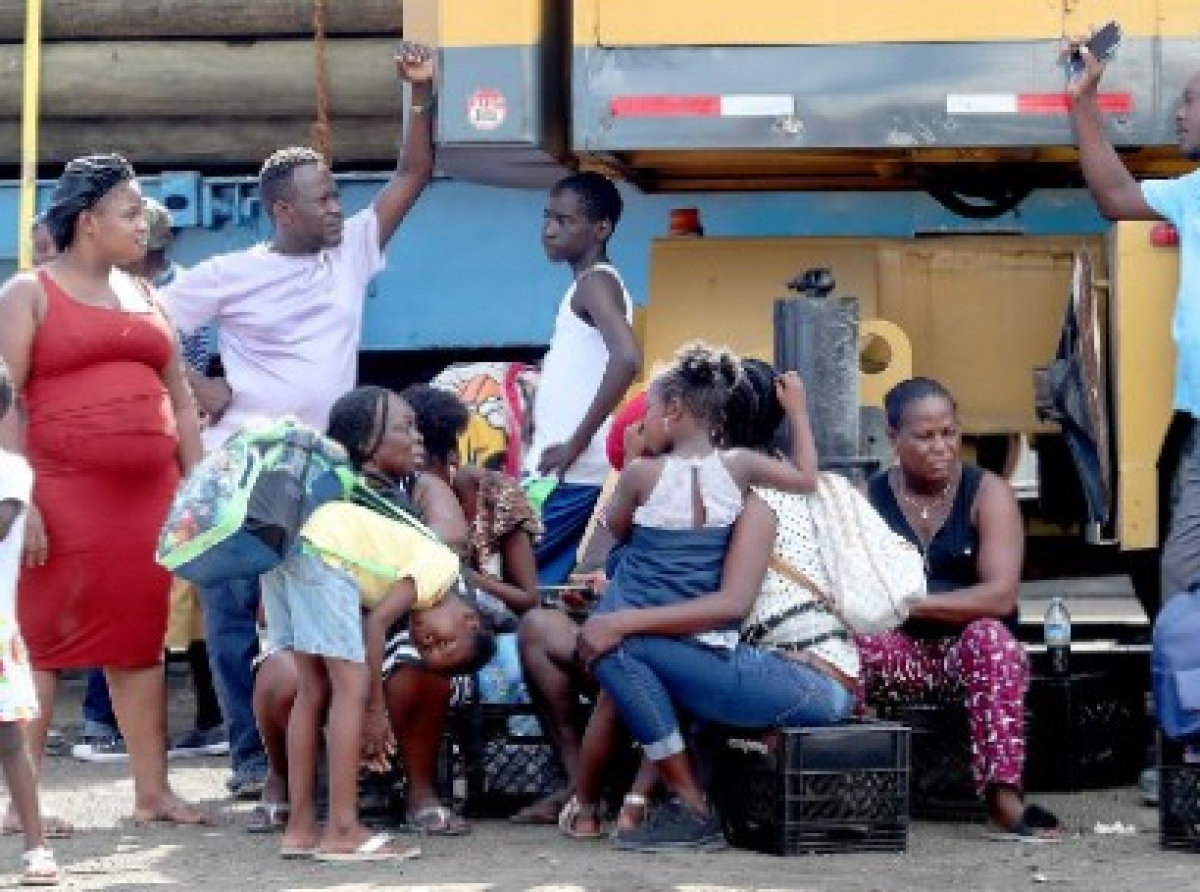 NEW YORK, New York – Caribbean American legislators have intensified their outrage over the deportation of Haitian migrants from southern Texas, calling on President Joe Biden to immediately halt the repatriation of the migrants.

The Biden administration last Saturday began deporting thousands of Haitians who have gathered at the southern border, after illegally entering the US, overwhelming the South Texas town of Del Rio.

“More than 14,000 Haitians will be expelled from the United States in the coming weeks, and it is unconscionable DHS (Department of Homeland Security) would seek to return Haitian migrants to a country in turmoil,” Congresswoman Yvette D. Clarke told the Caribbean Media Corporation (CMC).

“My colleagues and I have repeatedly spoken out and penned numerous letters requesting the ceasing of targeted deportations of Haitian migrants,” said Clarke, who represents the predominantly Caribbean 9th Congressional District in Brooklyn, New York.

“However, this dangerous and wholly unnecessary practice continues” said Clarke, the daughter of Jamaican immigrants, who chairs the US Congressional Black Caucus Immigration Task Force and co-chairs the House of Representatives’ Haiti and House Caribbean Caucuses.

The Congresswoman noted that Haiti is still reeling from a series of compounding crises including rising coronavirus (COVID-19) rates and vaccine hesitancy; a political crisis stemming from President Jovenel Moïse’s assassination; increased gang violence; a 7.2-magnitude earthquake, “where more than 800,000 people have been affected, and 650,000 are still in need of emergency humanitarian assistance.

“I am calling for a humanitarian moratorium on these targeted deportations. Now, more than ever, we must reimagine the immigration system in a humane, just and fair manner.

“I am the daughter of immigrant parents from Jamaica, and this is personal to me. I have dedicated my career to building an immigration system that lets people live without fear and gives immigrants – like my parents – who sought a better life and to contribute to our nation, a fair opportunity to thrive.”

Additionally, despite the decision of US Senate parliamentarians over the weekend to exclude a proposal to create pathways to citizenship for young immigrants, known as “Dreamers”, Temporary Protected Status (TPS) holders, such as Haitians, farm-workers and essential workers in the reconciliation process, Clarke urged the US Congress to “remain committed to advancing alternative proposals for comprehensive immigration reform.

“Let me be very clear, we’ve prepared for this, and we have a plan. Immigration reform isn’t just about mundane policy changes and politics-as-usual; it is about people. “It is about our families, friends and neighbors who have contributed to our country for decades.

“Opening the door to citizenship would not only provide a necessary measure of justice, but it will also serve as a powerful injection of energy and vigor into our economic recovery,” Clarke added.

New York City Council Member Farah Louis, vice co-chair of the Black, Latino and Asian Caucus in the City Council, said she was “absolutely disgusted with the Biden administration and the inhumane treatment of our Haitian sisters and brothers in Del Rio, Texas.

“Haitian American elected officials across the country are working collaboratively to support the families who are being processed to determine their next steps,” Louis, the daughter of Haitian immigrants, who represents the largely Caribbean 45th Council District in Brooklyn, told CMC.

“The US is supposed to lead by example, extending compassion and treating human beings with dignity and respect. Instead, we have seen an expeditious expulsion, which contradicts the administration’s recognition of the ongoing political and health crises in Haiti within the last two months that have caused thousands to seek refuge elsewhere.

“The escalation of humanitarian crises in other countries is nothing new and as the ‘land of opportunity,’ we should have put a humane immigration system in place long ago that would allow for safe, legal entry without millions risking their lives to escape violence.

“The suppression of Black people, partially from the Caribbean or West Indies, despite our contributions through public service, local economy and cultural footprint throughout this nation’s history speaks volume. We are here to make it clear that we will persist until these deportations cease, and Haitian migrants are given the same opportunity to seek asylum like so many others who arrived here before them, Louis added.

“America is a land built by immigrant families, and I firmly believe these asylum-seekers should be afforded the opportunity to start anew, free of the risks of political persecution in a nation facing significant instability,” said Bichotte Hermelyn, chair of the Brooklyn Democratic Party

The DHS said in a statement that it was “immediately implementing a new, comprehensive strategy to address the increase in migrant encounters in the Del Rio sector of South Texas.”

The DHS said it has already taken a number of steps to ensure the safety and security of individuals, as they await processing, including having Border Patrol emergency medical technicians on hand and providing water, towels and portable toilets.

The White House has directed appropriate US agencies to work with the Haitian and other regional governments to provide assistance and support to returnees, the DHS said.

On Monday, US Secretary of State Antony J. Blinken spoke with Haitian Prime Minister Ariel Henry about cooperation to repatriate Haitian migrants on the Southern border of the United States.

According to State Department spokesperson Ned Price, Blinken and Henry “noted that the United States and Haiti share a mutual concern for the safety of Haitian citizens and discussed the dangers of irregular migration, which puts individuals at great risk and often requires migrants and their families to incur crippling debt.

“Secretary Blinken shared his appreciation to the Government of Haiti for assisting to repatriate Haitian citizens safely and expeditiously,” said Price, adding that the men also discussed a Haitian-led process “to chart a path to free and fair elections.”

“The Secretary noted that it is crucial that Haiti’s government, political parties, civil society, Diaspora and private sector lead this process, and work together in the interest of the Haitian people.

“Secretary Blinken also noted that the Haitian people deserve a full investigation into the assassination of President Moïse and justice for this heinous crime,” Price said.