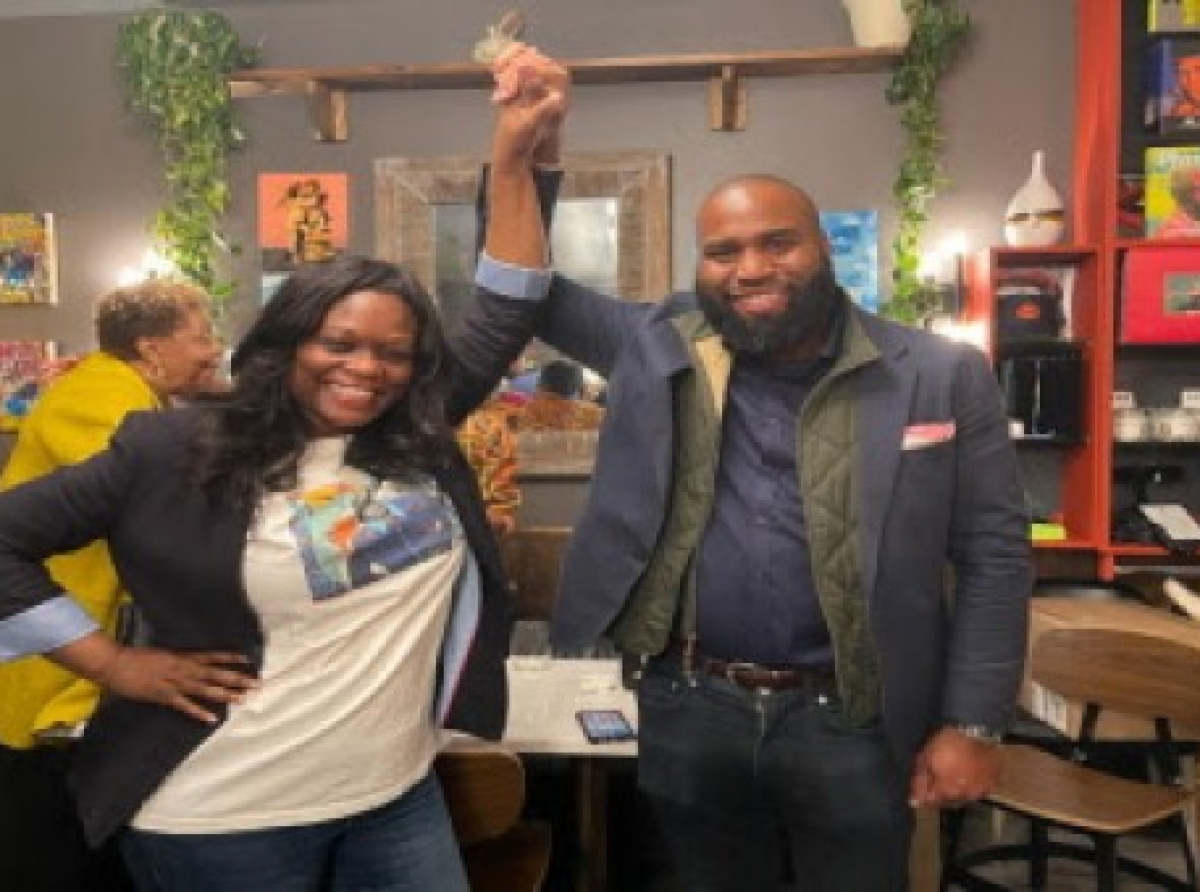 Brian Cunningham, the son of a Jamaican immigrant, handsomely beat two other contenders for the seat that became vacant when the former New York State Assembly Member, Diana C. Richardson, the daughter of Aruban and St. Martin immigrants, was appointed Deputy Brooklyn Borough President in January.

In the low voter-turn-out poll, in which only 3, 0001 ballots were cast, according to New York City’s Board of Elections, Cunningham, running on the Democratic Party line, received 1, 869 votes, or 62.28 percent.

Jelanie Deshong, who ran for the Working Families and was strongly supported by Richardson and the Brooklyn-based Progressive Democrats Political Association, headed by former New York City Council Member, Jamaican-born Dr. Una S. T. Clarke,  gathered 1,036 votes, while Mesidor Azor, who contested the election for both the Republican and Conservative parties, received 63 votes.

“I’m honored that the people of District 43 have selected me to serve them in Albany,” Cunningham told supporters, adding “I’m ready to wake up tomorrow and get to work on all of the progressive issues we need to move forward.

“We have a lot to do to improve our communities, and I don’t want to waste a single second.”

Brooklyn Democratic Party is looking forward to seeing Cunningham in the State Assembly Chamber, “where he will, undoubtedly, leave his mark in the halls of Albany, as he has in the streets of Brooklyn.

“Brian’s victory shows the Democratic Party is putting the community first, and that divisiveness in this district is a thing of the past,” said Bichotte Hermelyn, who represents the predominantly Caribbean 42nd Assembly District in Brooklyn. “Democrats are blazing the way forward.

“Brian Cunningham knows the struggles of working families. He will prioritize our children, putting education, along with economic recovery and public safety, at the top of the agenda.

“I am proud to support Brian and congratulate him on his victory, which shows the Democratic Party is strong and united, and is the party of the people,” Adams added.