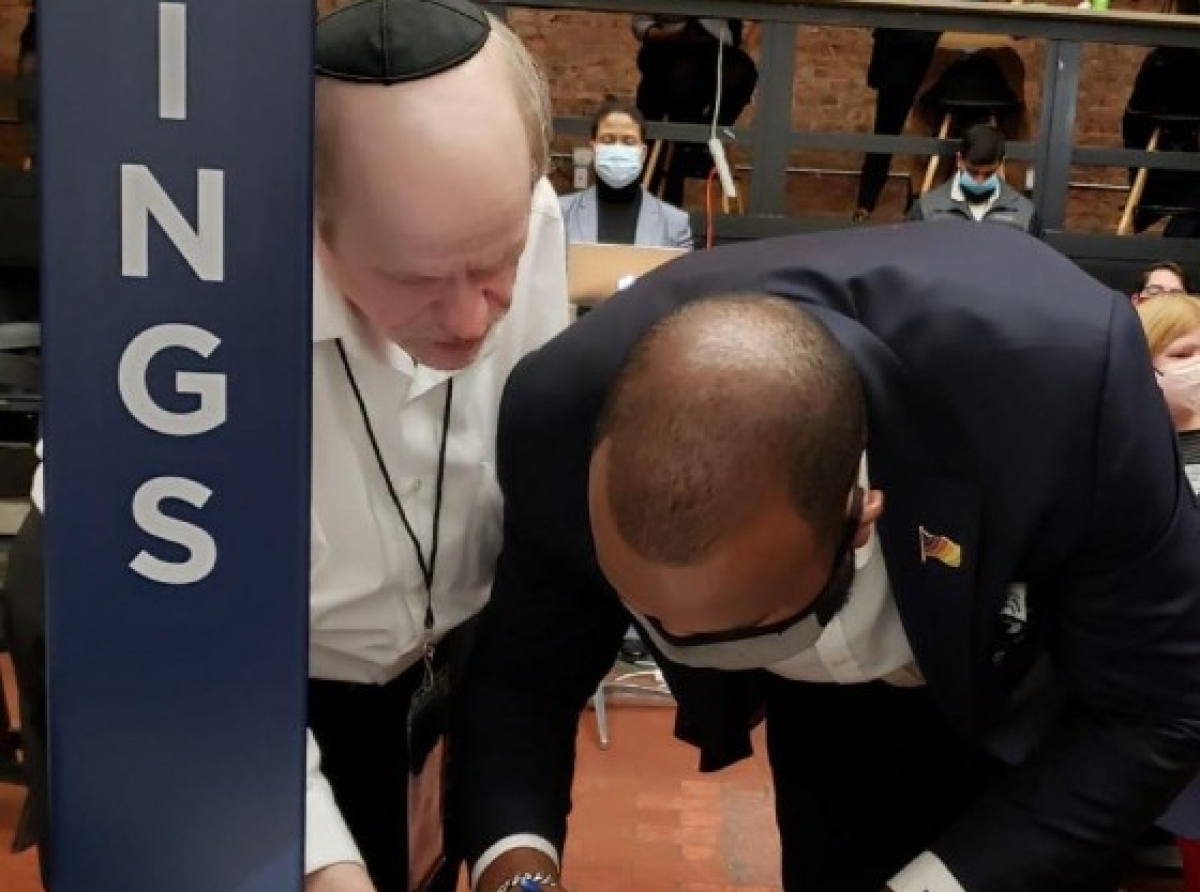 NEW YORK, New York – Caribbean American Brian A. Cunningham has won the Democratic Party nomination for the 43rd New York State Assembly District in Brooklyn in a massive landslide by securing 90 percent of the votes cast defeating four other candidates.

Cunningham, who was raised by a Jamaican-born mother, is hoping to succeed former New York State Assembly member Diana Richardson, the daughter of Aruban and St. Martin immigrants, as representative for the district that comprises Prospect Lefferts Gardens, along with parts of Crown Heights and Flatbush Richardson is now serving as Deputy Brooklyn Borough President.

Early voting will begin on March 12 and concludes on March 20.

In Sunday’s vote of the 43rd Assembly District County Committee, Cunningham received 19,087 weighted votes. Votes are weighted by Election Districts based on turnout in gubernatorial elections.

The other nominees were Pierre Albert, Jelanie DeShong, Tim Hunter and Sharon Wedderburn.

“I’m honored and humbled that the members of County Committee have put their faith in me to represent the people of District 43 and the Democratic Party in this special election,” Cunningham told the Caribbean Media Corporation (CMC).

“Over the next several weeks, our campaign will continue speaking to voters across the district to ensure that every corner of every community has a chance to have their voice heard and to discuss the important issues we face,” he added.

Haitian American, New York State Assembly Member Rodneyse Bichotte Hermelyn, chair of the Brooklyn Democratic Party, said Cunningham is “a strong community leader, and I congratulate him on an astounding win this evening.

“Brian secured the Democratic Party line in a landslide victory through grassroots activism and his long-time partnership with community members in the 43rd Assembly District,” added Bichotte Hermelyn, representative for the 42nd Assembly District in Brooklyn.

“We encourage all Democrats to vote Brian Cunningham on Election Day, March 22, and during Early Voting.”

In addition to winning the Democratic Party line, Cunningham is also endorsed by several groups and individuals including the Brooklyn-based New York Progressive Action Network (NYPAN).

“Brian Cunningham has shown consistency and persistence on the pursuit for justice, equity, accountability and democracy for the residents of the 43rd District,” he said.

“He has shown that he aligns with NYPAN’s progressive values and platform. He has dedicated himself as a public servant for the people and will continue to do so in Albany. Brian Cunningham will champion much-needed legislation: housing, education, healthcare, climate change and much more,” he added.