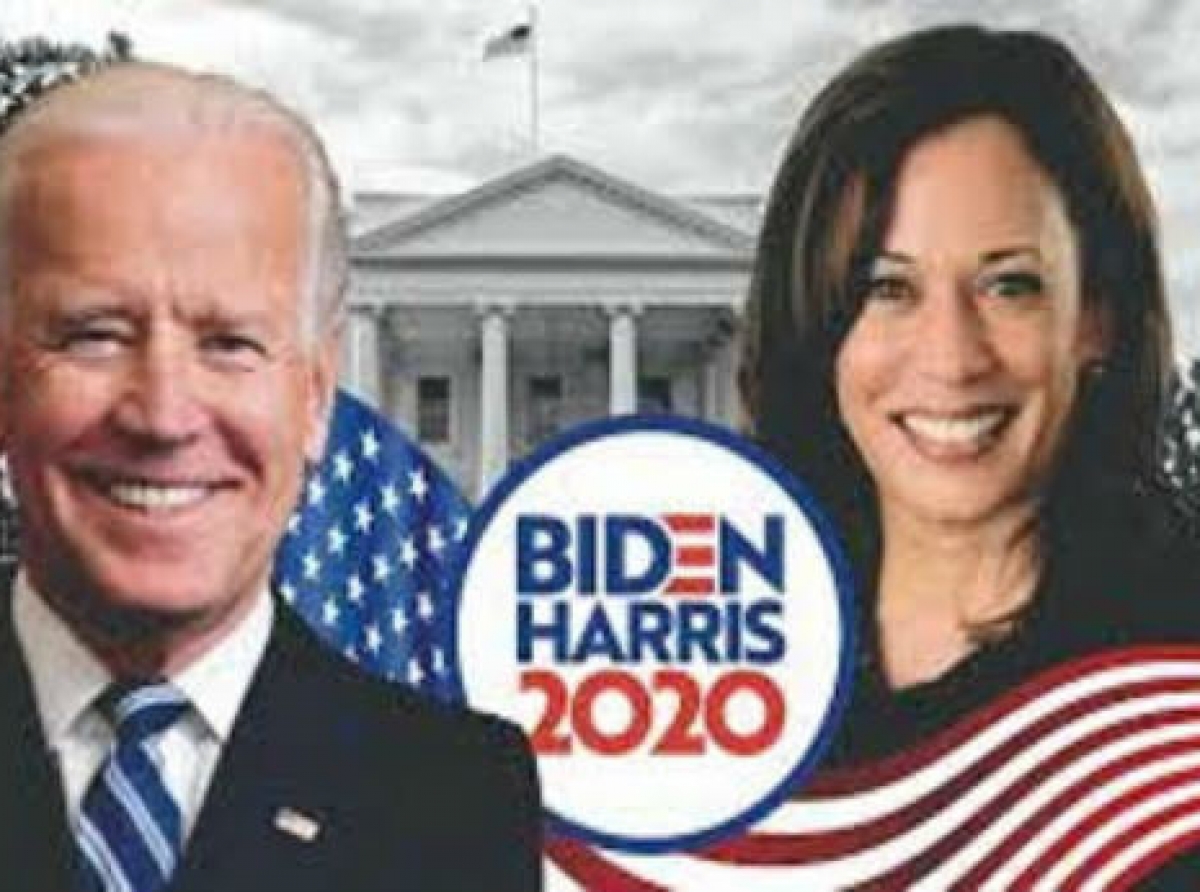 WASHINGTON, CMC – After four years of tumultuous rule by United States Republican President Donald J. Trump, US Democratic Presidential nominee Joe Biden was on Saturday declared the next US president-elect.

Biden’s vice-presidential running mate, Caribbean American Senator Kamala Harris, of California, the daughter of a Jamaican father and an Indian mother, also created history by becoming the first woman of colour to become US Vice President.

After surpassing the requisite 270 electoral votes to clinch the presidency, major television networks and media outlets declared Biden on Saturday as the next president of the United States.

“Every American alive today can breathe a full sigh of relief. Nobody has any time or need for a concession by this man (Trump) so unfit to hold the office.

“We have reclaimed our country, and now we have someone dignified, qualified and fit to lead us,” added Perry, who represents the predominantly Caribbean 58th Assembly District in Brooklyn, New York.

“There is icing on this cake for all Jamaicans, because we can’t be more proud of the fact that the US Vice President-elect Kamala Harris has strong Caribbean roots. May God bless and keep our new president-elect and vice president-elect safe and healthy, as we prepare to march them into the White House. God bless America!

Perry and other Caribbean American legislators had urged the Caribbean community here to flood the November 3 general elections in casting ballots for Biden and Harris.

“In our lifetimes, we have heard before, ‘this is the most important election ever’, but never has this been truer than this 2020 election,” Perry said, stating that four more years of Trump’s presidency would “see  the destruction of America’s democracy, as we know it, and as the founding fathers tried to create.

“After only four years, one would have to be totally blind to not see and hear the awful no

ise of the breaks and cracks of our Democratic system of government that no one imagined could have occurred,” he added.

In a terse statement, Biden said “it’s time for America to unite. And to heal. We are the United States of America. And there’s nothing we can’t do, if we do it together.”

But Trump was dismissive of Biden’s presidential win, accusing him of falsely claiming victory and condemning the media for projecting the race before all votes were counted.

“The simple fact is this election is far from over,” he said in a statement. “We all know why Joe Biden is rushing to falsely pose as the winner, and why his media allies are trying so hard to help him: they don’t want the truth to be exposed.”

Trump said his campaign on Monday will turn to the courts to “ensure election laws are fully upheld and the rightful winner is seated.”

In fact, Trump has already turned to the court, challenging the vote count in some battleground states, such as Pennsylvania, Georgia, Arizona, Wisconsin and Nevada.