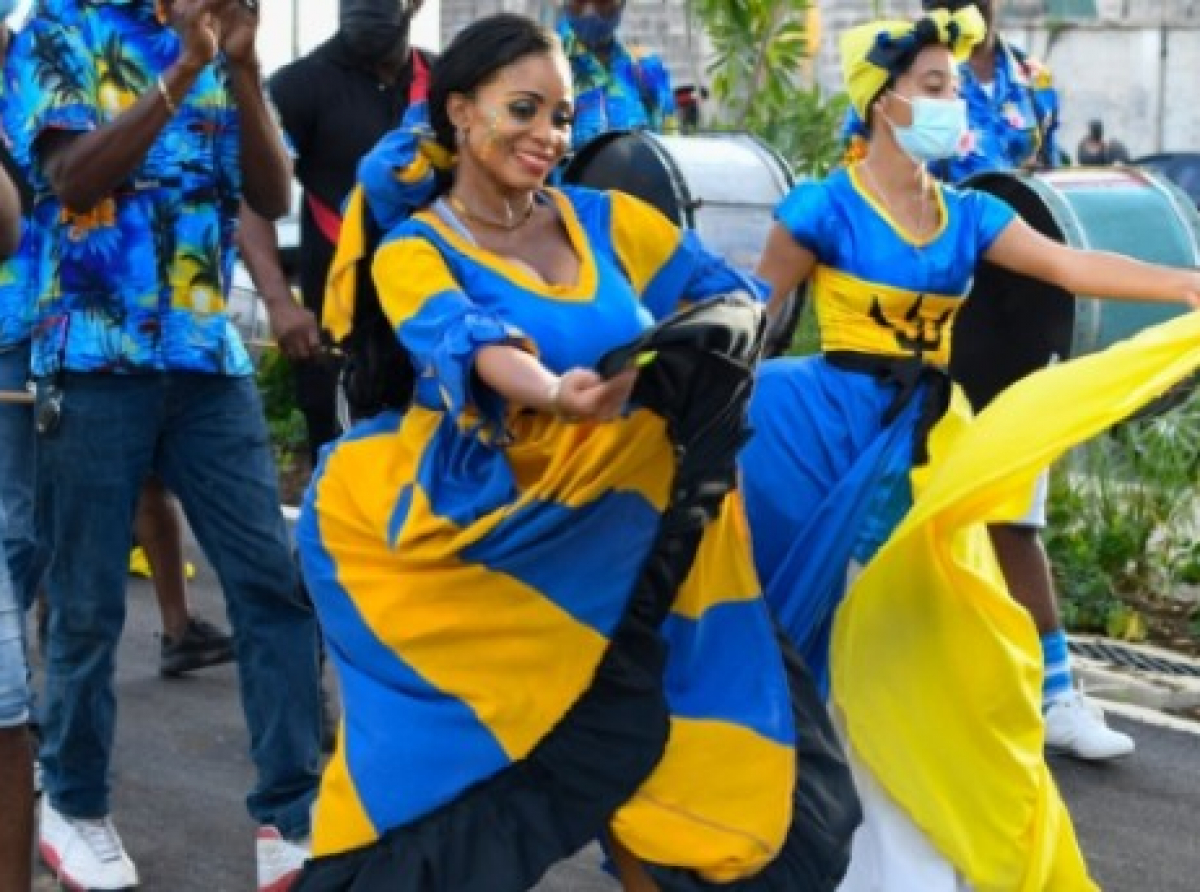 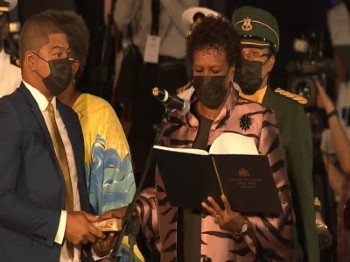 Dame Sandra Mason being sworn into office as Barbados’s first PresidentThe move to republican status coincided with the island’s 55th anniversary of political independence from Britain and Dame Sandra told the ceremony at the newly renamed National Heroes Square in the heart of the capital, that the new journey has now started “so we may seize the full substance of our sovereignty.

“For decades we have had discourse and debates about the transition of Barbados to a republic. Today, debate and discourse have become action. Today we set our compass on a new direction, girded by the successes of the last 55 years, buoyed by the confidence garnered by our triumphs and accomplishments, committed to country and each other and motivated to press confidently and boldly forward for the sake of our nation and for present and future generations,” said Dame Sandra, who was bestowed with the Order of Freedom of Barbados.

The 72-year-old former jurist, who was sworn into office by Chief Justice Patterson Cheltenham, told the ceremony that was attended by the island’s National Hero and outstanding cricketer, Sir Garfield Sobers, as well as the international pop star, Robyn Rihanna Fenty, whom Prime Minister Mia Mottley said would be made a national hero, said the new republic claims its tradition and patrimony on the sweat of its forefathers.

“As we celebrate all that is good in us as a people and travel onward we must avoid the trap of merely reliving, retelling and relying on or past achievements as a nation. Instead we must seek to refine of definition of self, of state and the Barbados brand in a more complex, fractured and turbulent world” 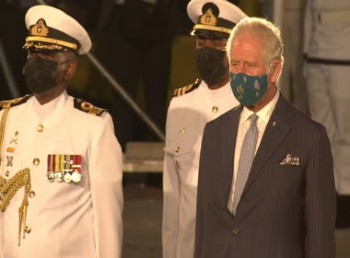 She said that for the formation of “Republic Barbados, out of the structure of independence Barbados is ultimately a call to greatness…which was contemplated by our forefathers and enshrined in the lyrics of our national anthem”.

Britain’s Prince Charles, along with leaders from some CARICOM countries, were present during the more than two hour gala ceremony at the National Heroes Square, a stone throw away from the Parliament building that was constructed between 1870 and 1874, and a former site of Colonial administration of Barbados.

The National Heroes Square, formerly Trafalgar Square, had been the place since 1813, where an impressive statue of Lord Horatio Nelson was erected to celebrate the Battle of Trafalgar in 1805.

Barbados joins Guyana, Trinidad and Tobago and Dominica in attaining republican status after gaining their independence from Britain. 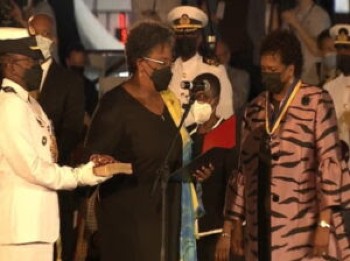 Prime Minister Mia Mottley taking the oath of office (CMC Photo)“The creation of this Republic…also marks a point on a continuum, a milestone on the long road that you have not only travelled but which you have built,” Prince Charles told the ceremony.

He said from the darkest days of the past and “the appalling atrocities of slavery which forever stains our history, the people of this island forged their path with extraordinary fortitude. Emancipation, self-government and independence were your way points.

“Freedom, justice and self-determination have been your guides. Your long journey has brought you to this moment, not as your destination, but as a vantage point from which to survey a new horizon,” said Prince Charles, who was also bestowed with the Order of the Freedom of Barbados,  assuring Barbados that as the island’s constitutional status changes ”it is important for me to …reaffirm those things which do not change.

“For example, the close and trusted partnership between Barbados and the United Kingdom as vital members of the Commonwealth. Our common determination to defend the values we both cherish and to pursue the goals we share and the …connections between the peoples of our countries through which flow admiration and affection, cooperation and opportunity, strengthening and enriching us all,” he said.

The decision to remove the Queen as Barbados’ figurehead had been debated for some time, but was announced last year by Prime Minister Mottley, who said the “time has come to fully leave our colonial past behind.

“This is the ultimate statement of confidence in who we are and what we are capable of achieving,” Motley said then.

During the early hours of Tuesday morning, Mottley, along with senior judicial and security officials took the oath of office in a new Republican Barbados, pledging allegiance to the island.

Barbados once relied heavily on selling sugar to other countries for its economy, but it now relies heavily on tourism and finance.