Tributes Pour In For Bunny Wailer

The last living Wailer is no more. Minutes after news broke on Tuesday, March 2, 2021 of the passing of the legendary Bunny Wailer, born Neville O'Riley Livingston, the tributes began pouring in. 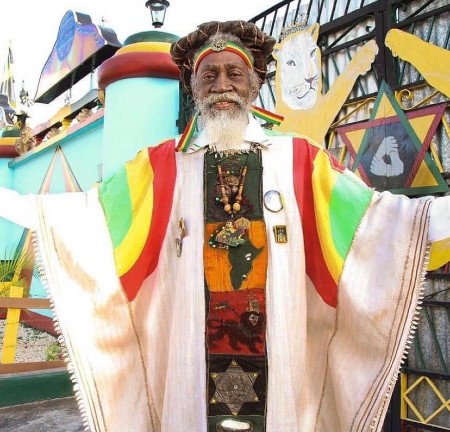 Reggae fans around the world are in mourning once more with the passing of Livingston, OM.

The three-time Jamaican Grammy winner, singer,songwriter and percussionist passed away Tuesday morning at the Medical Associates Hospital in St Andrew.He was 73 and was an original member of the legendary The Wailers along with Bob Marley and Peter Tosh.

Bob Marley’s estate tweeted: “Sending love to the Livingston family as Bunny Wailer makes his transition. A founding member of The Wailers and a reggae icon in his own right, he will be missed but not forgotten.Rest in power.”

“My deep condolences to the family, friends and fans of legendary Reggae artiste, Neville Livingston, also known as Bunny Wailer, JahB,” tweeted Prime Minister of Jamaica, Andrew Holness. “This is a great loss for Jamaica and for Reggae, undoubtedly Bunny Wailer will always be remembered for his sterling contribution to the music industry and Jamaica’s culture. May his soul Rest In Peace.”

Culture and Entertainment Minister, Olivia Grange, stated that while the country mourns the passing of an outstanding singer, songwriter and percussionist, Jamaicans should celebrate his life and many accomplishments.

“We remain grateful for the role that Bunny Wailer played in the development and popularity of reggae music across the world. We remember with great pride how Bunny, Bob Marley, and Peter Tosh took reggae music to the four corners of the earth,” said Grange.

For his part, Opposition leader Mar Golding expressed deep sadness at the passing.

“Bunny Wailer will live on as a cultural legend and icon. He was a founding member of the Wailers, which has been the most influential contributor to the development of Jamaican popular music and, by extension, Brand Jamaica. We are proud that Jah B hailed from Trench Town in South St. Andrew,” he stated.

UB 40’s Ali Campbell tweeted: “Rest In Paradise Bunny Wailer. Hope you are reunited somewhere with Bob & Peter making the amazing music that has been instrumental in so many of our lives!Your legacy lives forever. Big Love.”

“RIP Bunny Wailer, truly an iconic figure and music maestro whose solo career resulted in one of the most brilliant and inspiring albums in the entire Reggae lexicon... ‘Blackheart Man,’ tweeted reggae DJ on BBC 1Xtra host, David Rodigan. “His contribution to Jamaican music across the past 60 years is immeasurable.

Born on 20 April 10, 1947, Livingston spent his earliest years in the village of Nine Miles, where he was raised by his father, Thaddeus, who ran a grocery store.

That was where he first met Marley, and the toddlers soon became firm friends, making their first music together at Stepney Primary and Junior High School.

Following the death of Marley's father in 1955, his mother, Cedella, moved in with Livingstone's father. The boys were essentially raised as step-brothers, especially after Cedella and Thaddeus had a daughter together, Pearl.

After moving to Trenchtown in Kingston, they met Peter Tosh and formed a vocal group called The Wailing Wailers - because, Marley said: "We started out crying."

Livingstone later remembered building his first guitar from "a bamboo staff, the fine wires from an electric cable and a large sardine can."

But singer Joe Higgs, aka "the Godfather of Reggae,"lived nearby and took the boys under his wing. Under his tutelage, they refined their sound, adding vocalist Junior Braithwaite and backing singers Beverly Kelso and Cherry Green before shortening their name to The Wailers.

In December 1963, the band entered Coxsone Dodd's infamous Studio One to record Simmer Down, a song Marley had written calling for peace in the ghettos of Kingston.

Faster and harder than the music The Wailers later became known for, the song was an immediate hit, reaching number one in Jamaica. They followed it up with the original version of Duppy Conqueror, before releasing their debut album The Wailing Wailers, in 1965.

Soon after, the band went on hiatus as Marley got married and moved to the USA, and Livingstone served a year in jail for marijuana possession. But they still managed to release 28 singles between 1966 and 1970, before releasing their second album, Soul Rebels.

Their international breakthrough came three years later with Catch A Fire - the first record they made for Chris Blackwell's Island Records.

The collaboration came about almost by accident. The Wailers had been touring the UK with Johnny Nash - who'd had a hit with a cover of Stir It Up - but found themselves unable to pay for their trip home.

Blackwell offered to sign the band to Island, paying them an advance to cover their air fares and cost of recording an album in Jamaica.

Much to the band's displeasure, some of the songs were overdubbed to make them more palatable to an international audience.

Tensions began to arise within the band, exacerbated by Island marketing their album under the name Bob Marley and The Wailers, and a touring schedule that kept Livingstone away from his family.

Livingstone left in 1973, saying the touring lifestyle clashed with his Rastafarian beliefs - citing the pressure to eat processed foods and play "freak clubs."

Free from the band, he began to work on his solo album Blackheart Man, which included classic songs like Dreamland and Burning Down Sentence, which was inspired by his stint in prison.

He went on to release several acclaimed albums, including 1981's Rock 'n' Groove and 1980s's Bunny Wailer Sings The Wailers, which saw him revisit some of the band's classic material.