MONTEGO BAY,  - The Government, through the instrumentality of the Minister of Culture Hon. Olivia ‘Babsy’ Grange, has responded in a positive way to the citizens of St. James in declaring December 27, Sam Sharpe Day. 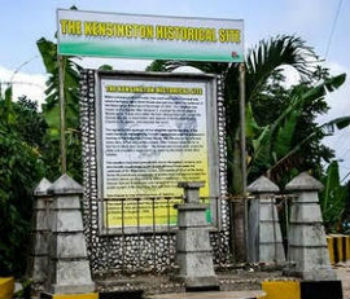 We must congratulate Minister Grange for the tremendous efforts she has made in pushing the government to declare a day on which we can celebrate the work and achievement of National Hero Sam Sharpe.

For the past twenty or so years, the citizens of southern St. James, and in particular, The South St. James Social and Economic Development Trust, the Welcome Hall Citizens Association and the youth organizations in that area; The citizens and youth organizations of Catadupa all led by former Member of Parliament Derrick Kellier, have spearheaded the charge to get the government to promulgate a day in honour of Sam Sharpe.

Why is this so important? Other National Heroes are celebrated on their birthday. However, having no birthday for Sam Sharpe, there was no avenue whereby celebrants could lay a wreath at a cenotaph, a grave or a monument in his honour.

Hence our National Hero, the Baptist preacher who led the Dec 27, 1831 Emancipation War, is charged with leading the largest and most successful of the fights to end slavery.

There is no doubt that the December 27 ‘workers strike’ which became a fierce ten-day war between enslaved workers and the Jamaican plantocracy, backed by British troops, was a major catalyst for the abolition of slavery in the British Empire. 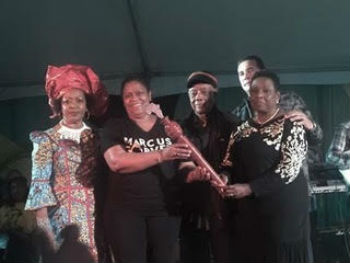 In fact, the results of the inquiry into the now celebrated revolt, figured prominently in the British Parliamentary deliberations of August 1833 which resulted in the Slavery Abolition Act 1833.

The Act had its third reading in the House of Commons on 26 July 1833, and received Royal Assent a month later, on 28 August. The Act came into force the following year, on 1 August 1834.

The abolition of black slavery and the trade in Black people which was the foundation of the world’s capitalist systems in Britain, Europe and the United States was no mean feat. It was BIG! and Sam Sharpe is to be credited with making that big push which provided the proverbial straw which began the process of breaking the camel’s back.

Why then should we expect the establishment to support the memory of a man who shook the foundations of their economic system, which virtually provided free labour in the building of their empires.

Hence the celebration of the first of August, while being important to Black people whom today are still feeling the effects of the system of enslavement 186 years later,  is not at all important to the descendants of the planter class who are still trying to diminish its value.

I therefore give kudos to Culture Minister Babsy Grange who has demonstrated her understanding of the value of a Samuel Sharpe as opposed the alternative narrative being proferred under the guise of “too much production time being wasted on emancipation celebration.” May I remind you that this had already tried by the same group of people who in the process devalued Sam Sharpe?

In fact, whether by design or default, Sam Sharpe was never celebrated outside of his declaration in 1975 as a national hero. At least, not until the late nineties when the then Member of parliament, Derrick Kellier, advised by historian, the late Mr. Don Carter Henry, unearthed the Tulloch Castle trash house in Kensington that was set ablaze by a slave girl to signal the start of the 1831 war.

Kellier, who has a firm grasp of the historical and social and economic value of Sam Sharpe made the commemoration of this National Hero a critical element of tenure as MP, and used SESP and Community Development (CDF) Funds, over the years built an amphitheatre to the memory of Sam Sharpe on lands owned by Dr. Aggrey Irons who was only too happy to participate in this endeavour.

The amphitheatre was designed by the then Minister of Local Government Arnold 'Scree' Bertram, himself an historian who showed strong interest in the project and through his ministry, assisted in preparing the roadway to the project.

In 1999, Kellier, along with the Welcome Hall Citizens Association and the members of the South St. James Trust and supported by the CHASE Fund, kicked off what was to be a twenty-odd year commemoration of the December 27, 1831 war of Emancipation led by National Hero Sam Sharpe. The Tulloch Castle launch was addressed by Governor General Sir Howard Cooke and then Mayor of Montego Bay Hugh Solomon.

The commemorative activity, included a torch run by students running from Sam Sharpe’s birthplace at Catadupa, to the Square named in his honour in Montego Bay, then to Granville passing Sam Sharpe Teachers College, up to Johns Hall passing the Salters Hill Baptist Church, of which Sam Sharpe was a Deacon, then up to Kensington and Tulloch Castle for an official ceremony and concert.

The annual activities frequently, included a Sam Sharpe Lecture, and a church service held at a Baptist church in a designated community, giving primacy to the fact that Sharpe was a Baptist Deacon. Among the lecturers were Dr. Simon Clarke, Professor Verene Shepherd, historian Aronld Bertram as well as former Montego Bay Mayor now historian, Shalman Scott.

Estrangement of Sam Sharpe by the Baptists

Incidentally, one may wonder where were the Baptists in all of this? Every effort has been made, without much success, to get the Baptists to embrace National Hero Sam Sharpe.

Somehow, the Baptists have been reluctant to own Sharpe whom it is well known,  had been proselytising among the slave population on behalf of the Baptists. In fact, the Emancipation War is also popularly referred to as the Baptist War, the Baptist Rebellion or the Christmas Rebellion.

It is unfortunate that nearly 200 years later, Jamaica’s Baptist Union (JBU) continues to distance itself from the memory of a war that was inevitable.

Notwithstanding the fact that it was planned as a peaceful strike, it turned violent with the introduction of the British forces at the invitation of the planters, and of course, Daddy Sharpe’s plan B which called for a defence of their position had to kick in.

Is it that the JBU in today’s Jamaica is maintaining that our enslaved ancestors who fought in that war, should not have defended themselves by fighting for their human rights and freedoms? Or is it that they should have remained obedient pacifists, and non-violent servants in the face torture and inhumane treatment by their captors?

One of the saddest things to have happened in Jamaica and continues to happen, is the abject lack of any subject in our schools that deals with the institution of slavery in Jamaica and its aftermath on the one hand and an understanding of the Jamaican constitution on the other.

We push our students towards a dogmatic study of a CXC and CSC curriculum aimed at passing a series of examinations to prove their intellectual competence, while being functionally illiterate as to knowledge of the basic laws that guide their everyday existence within the country of their birth.

A large percentage of our teachers do not know what is in the Jamaican constitution yet they pride themselves with being among the most educated in our country and we leave the education of our children in their care!

But it’s not the teacher’s fault. We place this squarely at the feet of the Cabinet and successive ministers of education who have the power to guide the national curriculum to include these important topics.

Is there any wonder that in the last election, only 37% of the Jamaican electorate cast a vote to elect a new government? I am reliable advised that a large percentage of those who voted were otherwise incentivised to do so!

Of those who went to the polls, only 21% voted for the winning party in a ‘landslide’ victory while 16% voted for the losing party. This, by any yardstick is a monumental disgrace in a country that prides itself as a democracy.

The percentage of persons who vote in elections have been dwindling over the years and will continue to do so until we begin to teach the children in our schools:

2)An explanation of the Jamaican constitution and what contained in the Bill of Rights.

Until the young people we are graduating from our schools begin, like Sam Sharpe, to understand the value of the politics of the nation; how our constitution functions; how the government works and how this is integrated in our everyday living, the percentage of persons who take part in our democracy will continue to dwindle.

When on May 23, he was hanged in the square in Montego Bay that now bears his name, Sam Sharpe was just 27 years old. He was a young man. He however, was educated to the point where he was not only a Deacon, but a tremendous organizer who understood the world around him.

Let’s use his memory as a challenge to our youths to get involved in their communities and in their schools so that they, like Sam Sharpe, can make a difference.