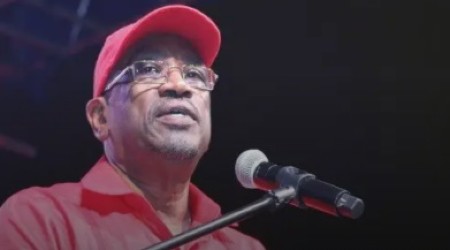 Prime Minister Dr. Hubert MinnisDavis confirmed that he had received the congratulatory call from Minnis and while the official results of the polls have not yet been released, Minnis in a statement issued by the Free National Movement (FNM), said “I will lead the Free National Movement into the House as the leader of Her Majesty’s Loyal Opposition. The Bahamas has a proud democratic tradition. The people decide who serves as government.”

The FNM had gone into the election controlling 35 of the 39 seats in the Parliament ad unofficial preliminary results indicated that the party had been trounced 32-7 by the PLP.

“I would like to thank the tens of thousands of Bahamians from across the Bahamas who voted for the Free National Movement candidates. I also congratulate the FNM candidates who won seats in the House of Assembly.

I am in that number and again my gratitude goes out to the people of Killarney for making me their representative for the fourth consecutive term,” said Minnis, who was seeking a second consecutive term as head of the government..

“We did not win this time. But I say to the next generation of FNMs that you should stand firm to this party’s founding ideals. Always put the people first and be honest in government.

After he had cast his ballot earlier during the day, Prime Minister Minnis defended his decision to call an early general election even as the country continues to battle the coronavirus (COVID-19) pandemic.

Critics, including some of the country’s foremost physicians, had expressed grave concerns that the public healthcare system will continue to teeter on the verge of collapse as they predict increased virus cases.

But in his concession statement, Minnis said his administration had provided millions of dollars a month in food and unemployment benefits to citizens, as well as tax credits to businesses during the pandemic.

“We fought hard to secure more than half a million doses of three of the best vaccine sin the world,” he said.