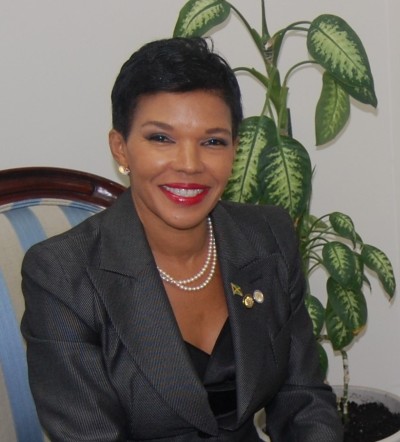 Jamaica’s Ambassador to the United States, Audrey Marks. (Photo Derrick Scott)The event is being held in collaboration with the ‘Jamooglers.’ The Jamooglers are a group of over 115 employees of world leading Search Engine Google, who are of Jamaica origin, and working in Google offices across the world. The group’s main purpose is to promote the development of technological skills among Jamaicans at home and abroad, and create a sense of belonging, especially for new employees of Jamaican descent.

Thetown hall meeting  will feature outstanding Jamaican tech entrepreneurs and intrapreneursas special guests: Mr. Kevin Reid - the former co-founder CEO and CTO of VirtuStream. The company was acquired by EMC for $1.2 Billion, just seven years after he and his partner co-founded it. He is currently the co-founder at Blue Lagoon Capital and an active contributor to his family charity which is focused on funding education and sport initiativesin Jamaica, among other ventures.

And Dr. Lloyd Carney former CEO of Brocade until its acquisition to Braodcom for $5.5 Billion. He is currently Chief Acquisition Officer at Carney Technology AcquisitionCorp and an active contributor to the Silicon Valley Start-up Common (SVSC) which is an ecosystem of entrepreneurs, mentors and investors arranged to help get start-ups off the ground and grow. He also established Carney Global Ventures, LLC, an early round investor focused on proven individuals with creative technology ideas, among other ventures.

Ambassador Marks will be joined by Mr. David Sangster,Coo for Nutanixsoftware company and Honorary Consul at the Consulate of Jamaica in San Jose, California to cohost the event.

In announcing this month’s “Lets Connect’ event, Ambassador Marks shared that it was decided to focus on Jamaicans in technology, highlighting the transformative developments being done by members of the Jamaican diaspora in the technology sector, and to expose young Jamaican students and entrepreneurs to opportunities in this sector as Jamaica seeks to use technology to drive it’s most Covid19 recovery.

Andrew Walker, convenor of the Jamooglers and working from the NYC offices of Google said he was happy to be given the opportunity to connect with Ambassador Marks and the wider Jamaican family, “we are a ‘little but tallawah’ group that cares deeply about Jamaica and it’s future. Several of our members are engaged in meaningful projects giving back to Jamaica. We hope that this connection will help to build a framework that enables groups such as ours to expand our contributions to Jamaica’s digital development”.

The team meets regularly to discuss topics of national interest and hosts events on the Goggle campus celebrating their Jamaican heritage and culture.

Let’s Connect’ With Ambassador Marks offers members of the diaspora an opportunity to speak directly with the Ambassador about issues that are of interest to them, as well as to be updated on the government’s policies and programmes as well as the Embassy’s activities.

From time to time, the Ambassador will be joined by various guests including ministers of government, as well as key members of the diaspora, US government, and key players in various agencies.