PORT AU PRINCE, HAITI – The National Network for the Defense of Human Rights (RNDDH) is calling for an investigation into the death of former police officer, Gilbert Dragon, who died at a hospital from complications linked to the coronavirus (COVID-19) pandemic. 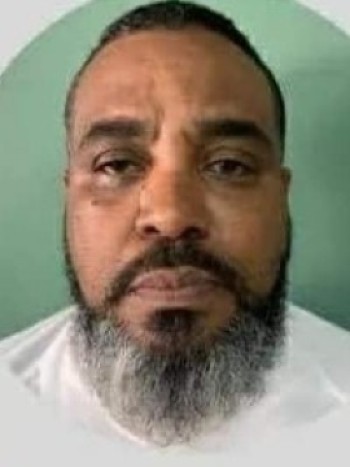 Gilbert Dragon (File Photo)Dragon, who died last Wednesday, had been implicated in the assassination of President Jovenel Moise on July 7 at his private residence overlooking the capital.

RNDDH director, Pierre Espérance has called for the investigation into the death of Dragon, who had been imprisoned soon after Moise’s assassination.

The RNDDH had alleged that Dragon was the one who planned and coordinated the assassination of the Head of State.

The National Police of Haiti (PNH) in a statement had said the former police officer had died as a result of complications linked to COVID-19 but the announcement was met with suspicion by Moise’s wife, Martine, who is also calling for an investigation into his death.

In a November 17 letter to the Government Commissioner of Port-au-Prince, Martine Moïse through her lawyers said that the investigation should also determine how those who have been detained in connection with her husband’s assassination had contracted COVID when they have no direct contact with people outside and that no other case has been officially reported in this penitentiary.

“Regarding a violent death, or a death whose cause would be unknown, suspect, the code of criminal investigation, in its article 34 provides that you are required to be assisted by one or two doctors, surgeons, or health officer, who will make their reports on the causes of death and on the state of the corpse,” said the lawyers, who were also asking for an autopsy.

The authorities have detained more than 40 people in connection with Moise’s death, the majority of whom are former members of the Colombia army.

Last week, Turkish authorities arrested a man considered a suspect of “great interest” in the assassination of Moise.

‘Foreign Minister Claude Joseph said Samir Handal, was detained at the Istanbul Airport by authorities as he was flying transit from the United States to Jordan.