ST. JOHN’S, Antigua – The chairman of the Caribbean Community (CARICOM, Prime Minister Gaston Browne has commended the Director General of the World Trade Organization (WTO), Dr. Ngozi Okonjo-Iweala, for upholding a promise she made to regional leaders regarding the appointment of a senior Caribbean diplomat to her cabinet. 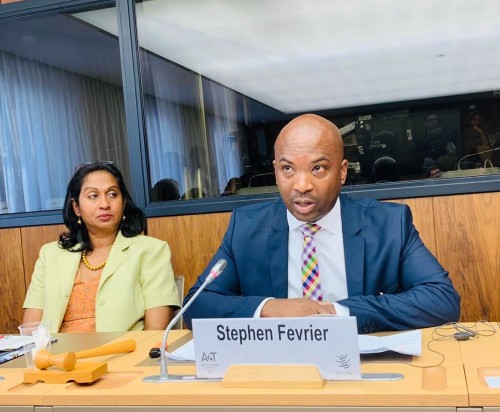 A statement issued by the Antigua and Barbuda government, said that his appointment follows meetings held between the CARICOM leaders and the Director-General earlier in the year.

It said that during those meetings, Dr. Ngozi had given an undertaking that she would be paying more attention to issues affecting small states; and that she would appoint a high-level official to her office to ensure that these issues are taken into account in the work of the WTO.

“This appointment provides a positive sign that the WTO is recognizing the importance of the challenging issues that confront small states,” said Prime Minister Browne, adding “this first step must lead to a place where special and differential treatment, so important to CARICOM member states, is entrenched as a core principle of WTO and all states, big and small, must play according to the rules”.

In announcing the appointment, Dr. Ngozi noted that Ambassador Fevrier will be joining her office as senior advisor and that he has served as OECS Ambassador and Permanent Observer to the United Nations in Geneva. He is also the incumbent coordinator of the CARICOM caucus of ambassadors in Geneva.

The St. Lucian born diplomat joins the WTO with a distinguished record of service on regional trade and development issues. He has served in various technical and advisory capacities in the Caribbean and Pacific regions, as well as being the OECS envoy in Geneva.

OECS Director-General, Dr. Didacus Jules, also welcomed the appointment , noting that while his departure from the OECS Commission creates a loss to the OECS, Ambassador Fevrier was now ideally placed to continue to advocate for the issues of concern to small states, including the OECS.