BELMOPAN, Belize –Police Commissioner Chester Williams says he had been receiving “ a number of disturbing messages” from the Canadian-born socialite, Jasmine Hartin, amid allegations that she had ordered a hit on him. 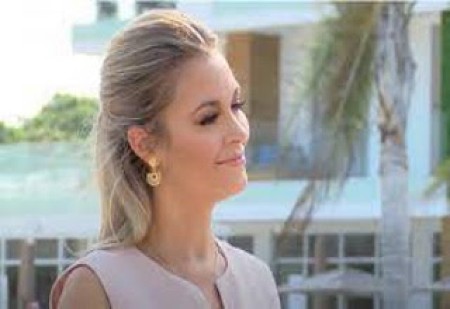 Hartin 33, is due to stand trial later this year over the May 2021 death of Superintendent Henry Jemmott whose body was discovered in the water near a dock, with one shot near his ears from his own service gun

Hartin was released without charge on the new allegations and her mother, Candice Castiglione, told a British tabloid “it is yet another instance of the so-called justice system here in Belize victimizing Jasmine and smearing her reputation”.

However, Williams told local media that prior to the recent allegations against the Canadian socialite, he had been receiving text messages from Hartin and that while Hartin has been released from police custody, she is still the subject of an investigation.

“She is not completely off the hook as yet. The investigators are still doing certain things. Certain things were said and I personally have received a number of text messages from Ms. Hartin. How she got my number, I don’t know. But, she has found ways to message me, prior to the alleged threat being made,” he said.

“That is why I have no difficulty believing that she might have made some threats, because of the content of the message I had received from her. Be that as it may, I am not involved in the investigation and for good reasons.

“I don’t want to come across as if I am influencing the investigation, because I am a subject of it, in terms of being a complainant. But, the investigators have certain things to do to be able to ascertain if in fact the threats were made, and then we see how we proceed from there,” Williams said.

Asked specifically whether Hartin had been sending threats to his phone, the Police Commissioner responded by saying “yes, she has sent me a number of disturbing messages, yes”.