GENEVA – The World Health Organization (WHO), has declared the monkeypox outbreak at global health emergency. 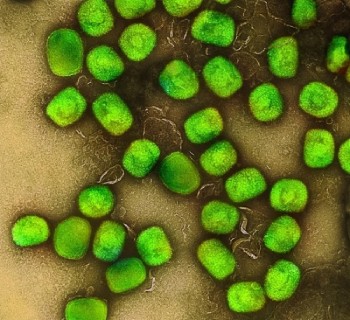 Credit: NIAIDThe classification is the highest alert that the WHO can issue and follows a worldwide upsurge in cases.

The global health emergency was declared on Saturday, the end of the second meeting of the WHO’s emergency committee on the virus.

According to the WHO’s Director General, Dr Tedros Adhanom Ghebreyesus, more than 16,000 cases have now been reported from 75 countries.

He said the emergency committee had been unable to reach a consensus on whether the monkeypox outbreak should be classified as a global health emergency.

However, he said the outbreak had spread around the world rapidly and he had decided that it was indeed of international concern.

In the Caribbean – Bermuda on Friday, become the latest country to confirm a case of the Monkeypox virus, while St. Lucia said it is monitoring six suspected cases, including four with no travel history out of the island.

The virus has been detected so far in The Bahamas, Jamaica and Barbados.

Monkeypox was first discovered in central Africa in the 1950s.

Health officials are recommending that people at highest risk of exposure to monkeypox – including some gay and bisexual men, as well as some healthcare workers – should be offered a vaccine.

Initial symptoms typically include a high fever, swollen lymph nodes and a blistery, chickenpox-like rash or lesions – often on the mouth or genitals in the recent cases. Infections are usually mild.