PORT AU PRINCE, Haiti – The United Nations Children’s Fund (UNICEF) is warning that more than half a million children are at risk of life-threatening waterborne diseases following the devastating and powerful earthquake that rocked the Caribbean Community (CARICOM) country on August 14. 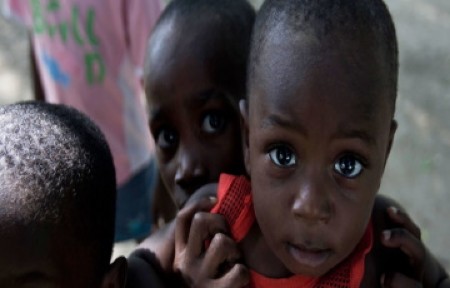 “The lives of thousands of earthquake-affected children and families are now at risk, just because they don’t have access to safe water, sanitation and hygiene,” said Bruno Maes, UNICEF Representative in Haiti.

The magnitude 7.2 magnitude earthquake that ripped through mainly the southern section of Haiti , was followed days later by Tropical Depression Grace, which exacerbated the suffering and increased the devastation.

UNICEF said that more than a half million children in southwestern Haiti without access to shelter, drinking water and hygiene facilities are increasingly under threat from acute respiratory infections, diarrheal diseases, cholera and malaria.

“Cholera has not been reported in Haiti since February 2019, yet without urgent and firmer action the re-emergence of cholera and other waterborne diseases is a real threat that is increasing by the day”, said Maes.

UNICEF said it is calling on the international community to urgently provide additional funding for the humanitarian response and prevent the emergence of waterborne diseases in Haiti.

Prior to 14 August, only over half of the healthcare facilities in the country’s three departments most shaken by the earthquake had basic access to water services. In its aftermath, nearly 60 per cent of people in those three departments lack safe water, as thousands whose houses collapsed lost access to sanitation, due in part to the earthquake.

Along with the National Directorate for Water and Sanitation (DINEPA) and other partners, UNICEF aims to improve access to water, sanitation and hygiene facilities (WASH) for affected families.

The agency said it is already providing clean water to 73,600 people through six water treatment plants, water trucks and twenty-two bladder containers. Besides that, more than 35,200 people have also been given hygiene kits, including household water treatments products, water storage, hand washing devices and hygiene pads.

“Impatience and sometimes frustration are mounting in some Haitian communities, and this is understandable. But obstructing relief operations won’t help”, said the UNICEF representative.

“In the past few days, several distributions of essential hygiene items had to be temporarily put on hold as tensions arose on the ground. Together with financial constraints, insecurity is currently slowing down our lifesaving activities”, he added.

Against the backdrop of gang-related violence and internal displacement, the COVID-19 pandemic, as well as a Haitian-Dominican migration influx, UNICEF is calling on local authorities to ensure safe conditions for humanitarian organizations to deliver relief assistance to and operate in earthquake-affected communities.

In addition to a US$48.8 million appeal made for 2021, the UN agency is now requesting a US$73.3 million humanitarian appeal for children, to scale up interventions in response to the earthquake and the internally displaced persons. So far, less than one percent of this funding has been received.