Trinidadian Woman to Seek Treatment in US After Horrifying Medical Incident

PORT OF SPAIN, Trinidad – Health Minister Terrence Deyalsingh Wednesday described as “a very regrettable incident” the situation confronting a woman who is being flown out to the United States for medical treatment on Saturday after her pelvic area was accidently washed with lye following a 2019 procedure. 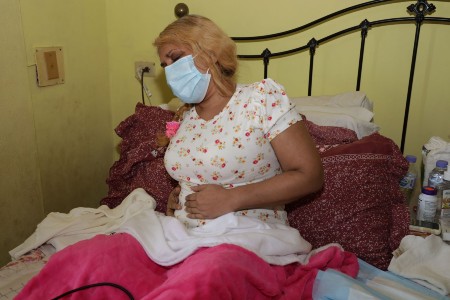 “I in fact sought his advice on if I should reach out because the matter is before the courts and I did reach out to her last night. I did ask the CEO (chief executive officer) of the North West RHA to send me as much information as possible.”

Deyalsingh told reporters that he has instructed the NWRHA “to make all its resources available” to ensure Lum is able to travel to the United States on Saturday to undergo urgent reconstructive surgery.

“The wire transfers have been done and I think close to half a million dollars (One TT dollar=US$0.16 cents) have already been paid out. It may not compensate her but (the situation) is very disturbing.

“It’s a very regrettable incident and we will do everything possible to support her in her recovery. That’s as much as I can say as authorized by lawyers,” he told reporters.

Lum is due to travel by air ambulance to the Norfolk Sentra General Hospital in Virginia for the surgery scheduled for February 17.