NASSAU, Bahamas –The Bahamas government has confirmed that health authorities are investigating a second suspected case of Monkeypox. 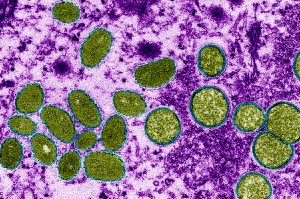 Photo credit: CDC/CYNTHIA S. GOLDSMITH/SCIENCE SOURCEHealth and Wellness Minister, Dr Michael Darville, told a news conference that a Bahamian national is suspected of having the virus.

Last month, the Health and Wellness Minister had reported that a foreign national who travelled to the country was being closely monitored by health officials and suspected of having the disease.

The individual was believed to be in his mid-40s and had been placed in isolation after showing symptoms associated with the disease. He has since been flown out of the country.

Dr. Darville confirmed that the foreigner had indeed tested positive.

“Yes, I would like to inform the general public that the suspected case of Monkeypox that was in the country on June 9th. Our National reference lab did the analysis and that case was confirmed to be Monkeypox on the 24th of June,” he said.

“There is another suspected case in the country that we are monitoring. That individual went through the quarantine process, for I think 21 days and all the contacts associated with that case are also being monitored,” he told reporters.

He confirmed that the new suspected case has a history of contact with someone from a foreign country.

Symptoms of Monkeypox include skin rash, fever, headache, backache, swollen lymph nodes, chills and exhaustion and can last up to two to four weeks.