HAMILTON, Bermuda,– Premier David Burt has called a Cabinet meeting for Sunday to consider whether further law changes are necessary to prevent the continued spread of COVID-19 in Bermuda, which has recorded 370 new cases in the space of just five days. 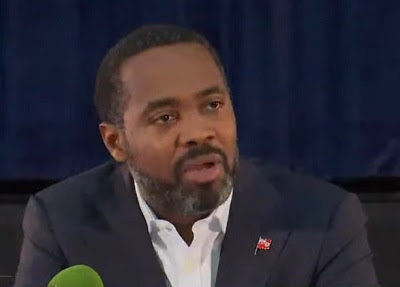 Premier David BurtBermuda set another new daily record on Friday for positive cases, with 116 from 1,634 tests.

The surge has pushed the number of active cases here to 871.

Twenty-eight people are in hospital for the illness, up two from the last update, and there are still six people in intensive care.

Government bus service has been halted until further notice after four drivers tested positive for the illness this week.

Health Minister Kim Wilson said: “We must continue to work together to stop the spread of the coronavirus and protect our most vulnerable citizens.”

Twenty of the new cases were classed as local transmission with known contacts, and 91 cases are under investigation.

Five of the new cases are from overseas, with two residents arriving from Atlanta last Saturday testing positive on day four.

Three residents who came back from Boston, New York and London on March 30 were all found to be infected on their day 8 tests.

A curfew currently runs from 11 p.m. until 5 a.m. Schools, churches and gyms are closed while restaurants are allowed to serve meals only outdoors.