PAHO Warns Against Increasing Cases of Syphilis and Congenital Syphilis

WASHINGTON, DC – The Pan American Health Organization (PAHO) is urging countries and health professionals including those in the Caribbean  to step up the fight against syphilis and congenital syphilis, though preventable and curable, but affects thousands of people each year. 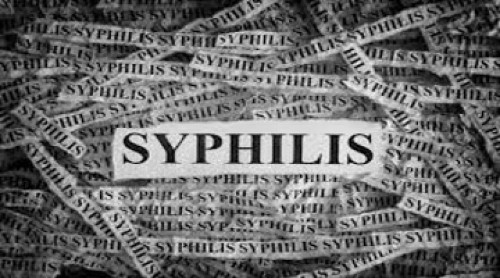 According to the Epidemiological Review of Syphilis in the Americas launched last month by PAHO, an estimated 4.6 million people have syphilis in the region.

In 2020, countries reported 29,147 cases of congenital syphilis, and preliminary figures reported to PAHO for 2021 indicate more than 30,000 infections transmitted via mother-to-child.

“The number of people affected remains unacceptably high for a disease that should no longer exist,” Dr. Marcos Espinal, Acting Assistant Director of PAHO said.

“We must redouble our efforts to stop the chains of transmission and syphilis from spreading, both in vulnerable populations and in pregnant women and newborn children. Treatment is available and affordable.”

Syphilis is a sexually transmitted disease that can cause neurological, cardiovascular, and dermatological disorders in adults. It can also be transmitted from mother to child during pregnancy, and can cause miscarriage, fetal death, prematurity, or severe disabilities in newborns.

In 2016, countries around the world pledged at the World Health Assembly to reduce new cases of syphilis by 90 per cent between 2018 and 2030 and to reduce new cases of congenital syphilis to less than 50 per 100,000 live births. Currently, the incidence of congenital syphilis in the region of the Americas is 200 per 100,000, well above the target required to achieve elimination.

In 2017, PAHO launched the ETMI-PLUS framework to help countries end mother-to-child transmission of syphilis, HIV, hepatitis B, and Chagas disease, integrating efforts for diagnosis and treatment for pregnant women during prenatal care. And in 2019 it launched an initiative to eliminate more than 30 infectious diseases by 2030, including syphilis and congenital syphilis.

“We must test all women at the first prenatal visit, before week 20, and in the third trimester of pregnancy, and immediately treat those positive, as well as their babies, with penicillin to prevent transmission,” said Rodolfo Gómez Ponce de León, PAHO regional advisor for sexual and reproductive health

“If the test has not been done during pregnancy, it should be done at delivery,” he said, adding “to avoid reinfection, it is also necessary to treat partners,” he added.

Increasing testing availability is key to controlling the disease. PAHO’s Epidemiological Review of Syphilis shows that, in Latin America, only 59% of pregnant women were offered a syphilis test in 2020.

PAHO/WHO recommends using rapid point-of-care tests, including those that detect HIV and syphilis at the same time, to improve opportunities for diagnosis and treatment, but only seven countries in the Americas currently use them.

Countries should also implement awareness and education strategies for health care workers and the population, and to combat stigma and discrimination against the populations most disproportionately affected – such as sex workers and men who have sex with men – to remove barriers in access to prevention and care.

In order to support countries’ efforts towards the elimination of congenital syphilis, PAHO and its Latin American Center for Perinatology, Women’s Health and Reproductive Health (CLAP) last week presented a course aimed at primary health care workers, which will be launched in August.

During the virtual meeting with health professionals from all over the region, the Perinatal Information System (SIP) Plus was also validated to monitor the elimination of congenital syphilis. The SIP was created by PAHO in 1983 and is used to record perinatal care from the first visit until the mother and newborn are discharged. The data collected informs actions to improve the quality of care.