ST. GEORGE’S, Grenada – Grenada's government on Tuesday expressed concern that the percentage of children receiving childhood vaccines has fallen significantly and is urging parents to help rectify the situation. 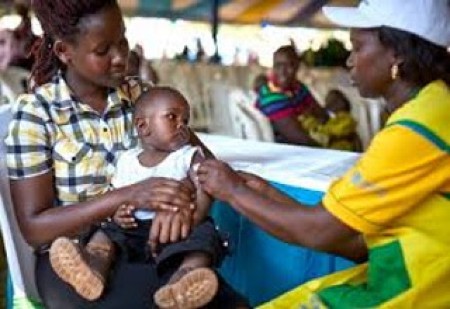 “I have learned from the Ministry of Health that the childhood vaccination rate has decease at an appalling rate,” former health minister, Clarice Modeste, told the Parliament , adding that the usual vaccines for measles, mumps, and rubella are no longer a priority for parents.

“All of those things that we used to do before and that we were always in the 90s and highly commended by PAHO and other World Health Organizations, we have forgotten what these diseases look like.

“We have forgotten seeing our children suffering from these things, but the reality is, if we do not pick up and pick up soon, these things instead of covid-19 could become the order of the day …all of these things that we had completely eradicated,” she said.

The former health minister said that she has not heard of any outbreak in a “very very encouragingly long time” and it is important that as the island deals with the coronavirus (COVID-19) “we work together and take responsibility…for the childhood vaccines that have been tried, have been tested, that have been proven effective and that have saved the lives of our children and save them from suffering”.

Health Minister Nicholas Steele confirmed that the rate of child vaccination has fallen by more than 30 per cent, telling legislators that in the 1990’s childhood vaccination rate was as high as 98 per cent.

He said recent figures show “we are in the 60s. We had some challenges during the first year of COVID-19 but now we are stocked” with vaccines.

Steele said that the reduction did not start with COVID-19 but sometime before due to the misinformation spread on social media.

Grenada’s Public Health (School Children Immunization) Act requires the immunization of all school children under 13 years of age against communicable diseases. The diseases named in the legislation are Diphtheria; Pertussis (Whooping cough); Tetanus; Measles; Poliomyelitis. However, the law provides for the Minister of health to include or remove diseases.

The law also states that “notwithstanding any law to the contrary, but subject to the provisions of this Act, no child shall be admitted as a pupil to a pre-primary school, primary school, private school or all-age school unless he or she produces to the principal thereof a certificate of immunization with respect to every communicable disease.”

The exceptions are medical grounds and religious grounds.

“The Minister responsible for education shall consider the objection and decide whether or not the child shall be exempted from immunization, and the decision of the Minister shall be final,” said the legislation which was approved in 1980 – during the period of the People’s Revolutionary Government (PRG).