GEORGE TOWN, Cayman Islands – The Premier of this British Overseas territory, Alden McLaughlin says a mass vaccination campaign to prevent the spread of COVID-19, will be rolled out across the territory starting in January. 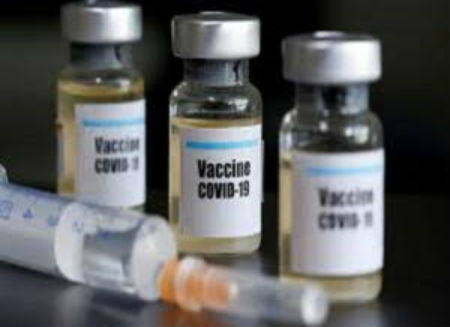 In making the recent announcement in Parliament, McLaughlin said that he will be among the first to take the vaccine .

He added that based on how well the vaccination campaign does, his administration could open local borders by March.

“Because by then we would have had enough of our people inoculated to create the oft-talked-about herd immunity which will protect the entire community,” he said, adding that all of this remains contingent on the public’s participation in the vaccination exercise.

In unveiling the plan, the Premier said that the plan which has been approved by Cabinet, will initially focus on persons over  60 years old, and those who have certain defined conditions and diseases that make them more vulnerable to the effects of the coronavirus.

“And while I am not yet in those ranks, I will say that I will be one of the first in line to take the vaccine to lead by example and to demonstrate my confidence in the safety of the vaccine,” he said.

The vaccine will greatly reduce the chances of getting COVID-19, and “the potential severity of the illness if we should contract it, but nothing is guaranteed”, he said.

The premier said the vaccines will be provided by the United Kingdom and will be free.

He stressed inoculation will be voluntary but he encouraged the public to do their to do due diligence, and to keep their minds open to the benefits that participation will offer.

“It is an opportunity for us, as individuals, to take action to protect this community that we love so much, and which has done so much for us, while at the same time we protect ourselves,” he said.

The vaccinations will be rolled out in stages, McLaughlin said, and Cayman will be in a position to deliver 3,000 doses per week based on current resources.

“Once the vaccine arrives on island, a number of groups have been prioritised for the voluntary vaccination,” he said.

These groups include healthcare workers and institutional residents to reduce the risk of spreading COVID between care givers and those they care for, and protects those that are not able to physically distance.

The Premier also said that the vaccination requirement is not mandatory for entry into the territory, adding that travelers who do not meet the requirements will need to go into mandatory quarantine and be tested according to the requirements at the time of the border reopening.

Rapid testing may also be used to provide simpler access to testing for COVID-19.

Meanwhile, Governor Martyn Roper, in post on his official Facebook page following the premier’s statement, said – there will be enough to vaccinate many thousands of people initially and once we have shown that logistics here work and that the vaccine can be rolled out effectively, the UK will send far more – relatively quickly after the first batch.”