This Caribbean American Company is a Comcast RISE 2021 Winner

NEW YORK, New York - A company founded by a Caribbean immigrant in the US Diaspora has been named a Comcast RISE 2021 winner. 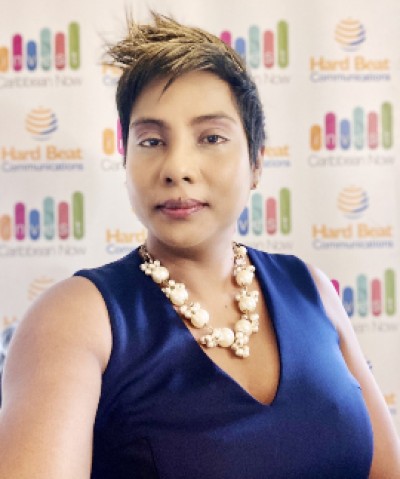 Founder of Hard Beat Communications and CEO of ICN Group of Companies, Felicia J. Persaud , (HBC), the award-winning digital Caribbean PR and AD agency founded by Guyana-born Felicia J. Persaud, is among the awardees of the fifth round of the Comcast RISE program for small, women and minority-run businesses in the US, that was just recently announced.

Comcast RISE was created by Comcast Corporation, the US multi-national telecommunications conglomerate headquartered in Philadelphia, Pennsylvania, to invest in the success of critical businesses owned by women and people of color, by providing valuable and practical support. The award to HBC includes television advertising and marketing promotion, creative insight, and support over a significant period, beginning in 2022.

Persaud, once an undocumented immigrant turned US citizen, who has evolved from a journalist to an entrepreneur, thanked Comcast RISE for the award, calling it “an early Christmas gift.”

“The win and recognition of a company I birthed with very little money, and has stuck with despite many odds since June 2004, will help to support Hard Beat’s expansion plans for 2022, that was laid this year as we regrouped and rethought our business strategies to establish new partnerships on the heels of the pandemic last year,” said Persaud, who was earlier this year named “A Woman Of Impact” by the South Florida-based International Career and Business Alliance, ICABA.

Hard Beat “is your one-stop digital partner that will take you and your business to the next level, no matter the stage,” added Persaud, who is also the founder of Invest Caribbean and the new Chief Executive Officer, (CEO), of ICN Group of Companies.

For more about HBC see https://hardbeatcommunications.com/