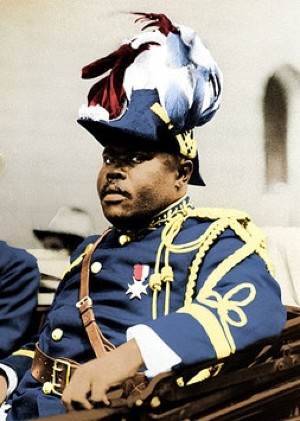 Organizers are enlisting people around the world in the move to petition President Joseph Biden to grant a posthumous exoneration to the legendary human rights activist. Garvey supporters have argued for decades that his prosecution and imprisonment in 1925 were a highly unjust act.

In his recent Throne Speech opening the current session of Parliament, Governor General Sir Patrick Allen said the Government of Jamaica will be stepping up diplomatic efforts to clear the name of the country's first national hero, whom many believed to have been wrongfully convicted for mail fraud in the United States nearly 100 years ago.

Ambassador Audrey P. Marks, the Jamaican Ambassador to the USA, will address the Black History Month 2022 Fireside Chat, which will have Mr. Garvey’s granddaughter, Nzinga Garvey, as a keynote speaker for the event, along with Washington DC attorney Ambassador Curtis Ward, former Jamaican representative on the United Nations Security Council.

C-PAC is leading the coordinated global petition with the full support of Dr. Julius Garvey, Marcus Garvey’s only surviving child. Supporters are to sign the online petition at https://bit.ly/exonerategarvey, which links directly to the White House. For the American President to consider the petition, it needs to gather 100,000 signatures between February 1 and March 2, 2022. More information at: www.justice4garvey.org.