MIAMI – The Asian-American Advisory Board (AAAB), under the Office of Community Advocacy, a Miami-Dade Board of County Commissioners division, selected its 2021-2022 officers during its March 2021 meeting.

Sharon Fine, as the Chairwoman, appointed by District 4 Commissioner.

She is a seasoned wealth management professional, with 20 plus year experience in the industry, currently a senior vice president at Northern Trust Bank. She earned her undergraduate and postgraduate degree from FIU, a Panther devotee. Sharon is passionate about serving the community at large and is always seeking for opportunities to give back. 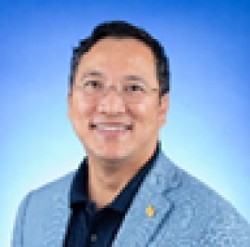 He is the treasurer and chief investment officer at the University of Colorado System. Vu was elected to this position on Dec. 16, 2020 by the Board of Regents of the University of Colorado. His three decades of finance and treasury experience includes serving as a treasurer for the Miami-Dade County School District, the fourth largest school district in the nation with 350,000 students. There, he managed banking, liquidity, a cash portfolio of up to $2 billion and a debt program of more than $5 billion. Prior to MDCPS, Vu served as University Treasurer at Florida International University where he also enjoyed serving as an adjunct lecturer. He volunteers on several roles, including the FLCLASS Board of Trustees, a $5 billion local government investment pool and the GFOA’s Rethinking Budgeting Task Force. He earned both his bachelor’s and Master of Business Administration in Finance from the University of Florida.

Dr. Gurau was born in China and came to United States in 1990. She is a licensed professional engineer and has worked for Miami Dade County for more than 21 years.  Dr. Gurau is actively engaged in promoting cultural advancement and understanding of the Asian culture and heritage, in addition to developing and encouraging Asian-American businesses in Miami-Dade to do business with the county and its municipalities. 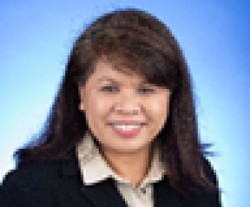 She is a long-time resident of Miami-Dade County, and a former restauranteur, currently working as the managing director of two corporations. Tai’s passion in promoting Asian culture, heritage, diversity and inclusion led her to the position of executive director for the annual Asian Culture Festival at the Fruit and Spice Park with the Thai-American Association of South Florida for the past three years. In addition, Tai is actively involved with philanthropic efforts to support various local, national, and worldwide charities devoted towards education and health awareness for the children around the world. 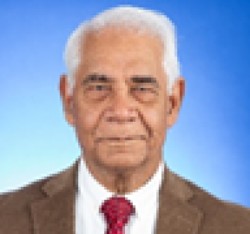 He has been a resident of Miami-Dade Country since 1971. Fasihi was educated in Pakistan and the United States. He worked as a computer analyst and retired in 2004. Three years after, he cofounded UHI Community Care Clinic, and in 2020, he cofounded UMC medical clinic, providing free medical care to uninsured and needy people of Miami-Dade County. He is involved in ongoing community projects to help promote culture and advancement of Asian-Americans in Miami-Dade County. He is an active member of the South Florida Writers Association.