MIAMI-DADE – On September 3, 2020, the Miami-Dade County Commission approved Commissioner Esteban “Steve” Bovo’s resolution retroactively authorizing the County Mayor or County Mayor’s designee to apply for grant funds in the amount of $99,999,999 from the United States Department of Transportation (USDOT) Program, and authorizing the County Mayor to receive and expend said grant funds for the South Corridor Bus Rapid Transit Project. The Board also approved the historic award of the design-build agreement for the South Dade Transitway Project. 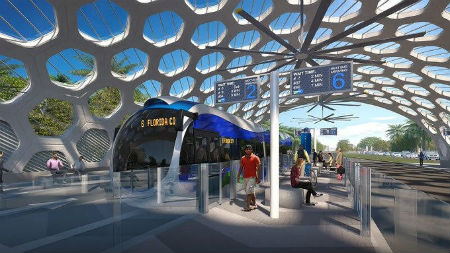 “I applaud Congressman Mario Diaz-Balart for securing $99.9 million from USDOT toward the South Corridor Rapid Transit Project for the Miami SMART Plan,” Commissioner Bovo said. “This fulfills the promise of better transit options, improved quality of life for residents in the southern part of Miami-Dade County, and builds the foundation for rail in the future. I also want to acknowledge the historic work by Commissioner Moss for working tirelessly to bring transit to South Dade. It is my hope residents in South Dade see this investment as a down payment for rail in the future. As Chairman of the Transportation and Finance Committee, I am proud to see our commitment to rail come to fruition. Once again, this is a first big step, among other small steps, to bring ridership relief and connectivity in the region.