PORT AU PRINCE, Haiti –The United States Department of Agriculture (USDA) announced the closure of its mango preclearance program in Haiti, blaming the “worsening challenges” faced by its inspectors. 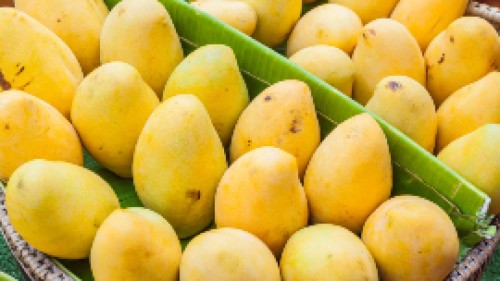 In an October 24 letter to the President of the Association Nationale des Exportateur de Mangues (ANEM) Ralph Perry, the Area Director for Central America and The Caribbean at the USDA Preclearance and Offshore Program, Jorge Abad, said the closure would take effect from the end of January next year.

“We are taking this action because of worsening challenges in Haiti that have made it impossible for our APHIS inspectors to safely work. This move is in alignment with information that we have received from the U.S. Embassy in Port-au-Prince.”

He said the USAID has placed all 10 AHIS inspectors in Haiti “on indefinite, paid leave starting on October 10, 2022” and that the team will remain on leave until the program officially closes.

“We commit to working very closely with them, Haiti’s national plant protection organization, and ANEM as we move forward with this process. We will consider reinstating the program if the situation in Haiti improves, in consultation with the U.S. Embassy in Port-au-Prince,” Abad wrote.

He said that the safety of “our employees is our highest concern”.

Officials here said that the closure will seriously affect farmers, noting that last year, the sector recorded more than US$12 million in revenue.

But so far this year, they note that the volume of mangoes from Haiti, one of the leading producers of Francisque mangoes in the Caribbean and Central America, has declined to about 48 per cent.

This decrease is mainly attributable to the situation of insecurity in Haiti, the difficulties of moving and transporting the fruit in the country as a result of the shortage of fuel caused by armed gangs seizing fuel depots as well as the high prices paid for the commodity on the black market soar.