Trinidadians to Pay More for Flour Starting This Week

PORT OF SPAIN, Trinidad – Trinidad and Tobago consumers are from Wednesday faced with a 28 percent increase in the suggested retail price for flour after the state-owned National Flour Mills Limited (NFM) announced a 33 percent hike in the whole sale price of the commodity. 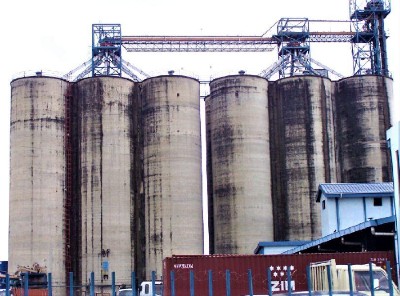 It said that while it has been able to secure sufficient wheat stocks to ensure the country has an adequate supply of flour for the rest of this year, it came at a cost of a 49 percent increase on existing prices.

NFM said it decision to limit the increase in the wholesale price of flour to 33 percent to reduce losses in its flour division and ensure overall profitability.

“Flour is an important ingredient in our diets in Trinidad and Tobago and in response to the challenges that we are facing, we have been able to secure wheat to ensure a reliable supply of flour. However, the next few wheat shipments have been purchased at record high prices due to the crisis in Ukraine coupled with decisions by many exporting nations to halt the export of wheat,” NFM chief executive officer, Ian Mitchell said.

“While we are acutely aware of the knock-on effect that an increase in the price of flour could have in the market, we must ensure that there is product available on the supermarket shelves. We must also ensure that we can generate enough positive cash flow and operating surplus to pay for this raw material,” he said.

Meanwhile, economist Dr Marlene Attzs says in the short term, there’s little the government can do with regards to the increase cost for flour, urging the Dr. Keith Rowley administration to include a more aggressive agriculture policy and implementation in the long term.

She told television viewers on Tuesday night that when flour prices increased in January, the Tobago House of Assembly Chief Secretary, Farley Augustine, had promised his administration would become the largest producer of alternative flours in the Caribbean.

“I’m not too sure if that conversation has advanced in Tobago, but I think what we’re seeing happening now provides an opportunity to implement more aggressive agriculture policies,” she said urging the government to invest not just in land-intensive agriculture but in new technology like hydroponics.

“We can’t shy away from the fact that we import heavily, to the tune of over six billion (One TT dollar=US$0.16 cents) and wheat is one of the things that we import. Of course, the conflict between Ukraine and Russia is in part fueling what we’re seeing because Ukraine is one the largest exporters of wheat,” Attzs said.