BELMOPAN, Belize –A week-long assessment of Belize lobster stock has found that the crustacean is in short supply. 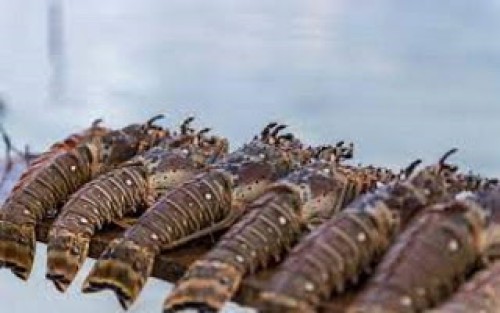 Belize lobster (File Photo)The survey was conducted by the Belize Fisheries Department, together with the Environmental Defense Fund and The Fisheries Research Center of Cuba (El Centro de Investigaciones Pesqueras of Cuba) with technical input from the Toledo Institute for Development and Environment, the Belize Audubon Society, the Turneffe Atoll Sustainability Association, the Wildlife Conservation Society, and the Nature Conservancy.

Last month, fisherfolks expressed concerns at the new fishing regulations for lobster with one of the requirements being that lobster tails need to weigh four point five ounces, as opposed to four ounces previously.

But there are fears that a combination of factors has depleted the healthy stocks to a dwindling amount that could thrust the country’s revenues from this important marine product into jeopardy.

“Belize is experiencing a fishing level that is not sustainable at this time and we think it is as a result of other economic sectors not performing particularly well, that is why you have a number of fishers joining the industry, “said Mauro Gongora, the Fisheries Officer at the Belize Fisheries Department.

“It is important for the government to put in place management measures that will prevent – avoid going into over-fishing of a very important fishery resource.”

Acting Fisheries Administrator, Rigoberto Quintana, of the Belize Fisheries Department, said that one of the factors has been high demand on the international market.

“Mostly the production is linked to the export market, and you saw the prices last year for the lobster was up to BDZ$36 a pound, compared to conch which is like fourteen dollars a pound. There’s a high demand and the high price (inaudible) will increase those fishing prices on lobster commodities”.

The senior scientist with the Fishery and Oceans Programme, Dr. Kendra Karr, said that they have analyzed inputs from technicians in various parts of the country to come up with a plan to salvage the industry.

“Someone from Turneffe Atoll has a different interpretation or might have a different idea of what we’re seeing compared to someone from Punta Gorda. So we took all the information of the experts that were in the room to really get an idea what’s been happening to fishing over time in order to make some recommendations.”

The recommendations have not been made public, but media reports here said that it is thought that patrolling the seas is one of the most effective methods to deter illegal or over-fishing.