CASTRIES, St. Lucia – Less than a year after the St. Lucia government warned that poor quality bananas shipped to the United Kingdom may result in the loss of new contracts in Europe, the island has resumed shipping the fruit and now reporting being able to restore production levels to its contractual obligations of 2000. 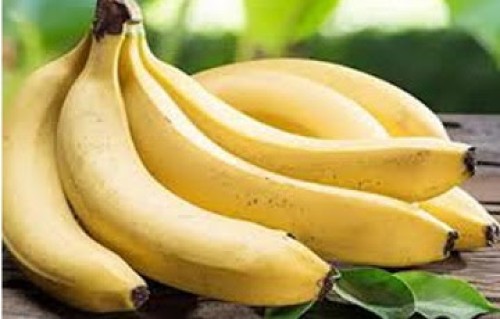 Last December, Agriculture Minister, Alfred Prospere, who led a delegation to the United Kingdom to discuss the situation with stakeholders, said that the poor quality of bananas exported to the European country has prompted a warning that supermarkets and other buys may not renew a contract next year unless there’s an improvement.

Fyffes plc, the Japanese-owned fruit and fresh produce company headquartered in Dublin, had written a letter to banana officials here complaining about the poor quality of the fruit exported to the Prospere warned that with increased commercial farming from other regions of the world, the market has become much more competitive and local producers need to meet the high standards.

But a government statement quoted the Minister for Agriculture as saying that the fortunes of St. Lucia’s banana industry were changing for the better.

“I am pleased to report that we have recommenced the shipment of bananas to the UK for the past nine weeks. To date we were able to restore production levels to our contractual obligations of 2000 boxes a week as of the end of July 2022. The hard work and commitment of our farmers, field officers, the Banana Task Force and the NFTO (National Fair Trade Organization) has paid off,” he added.

With more than 600 farmers involved directly in banana cultivation, the industry plays a significant role in improving the livelihoods of St. Lucians and Prospere reminded that that there was still work to be done to improve quality and production.

“The UK banana market is highly competitive. Once you lose your spot on the market shelves it becomes an uphill battle to regain that position. Farmers, we must focus on keeping with international standards in order to gain competitive advantage.”

He said also that the banana industry is significantly impacted by the high fuel prices and that St. Lucia is restricted by the limited “shipping options available to us in the region.

“On average our bananas take 21 days to reach the UK, while our competitors can export theirs to the UK in 12 to 18 days. The extended journey time can result in quality issues for our bananas. I think it is now time for us to explore all of our shipping options in an effort to reduce costs and travel time,” he added.

While in recent years, the island has diversified from the mono crop agricultural economy to tourism and tourism and a banking serviced-based economy, agriculture, which now contributes to less than three per cent of gross domestic product (GDP) still accounts for 20 per cent of jobs.

The banana industry is now on a decline due to strong competition from low-cost Latin American producers and reduced European trade preferences, but the government has helped to revitalize the industry.