The Jamaica Culinary Arts Competition has hosted its first three impactful developmental workshops in the northern region in the parishes in Portland, St. Mary and St. Ann. 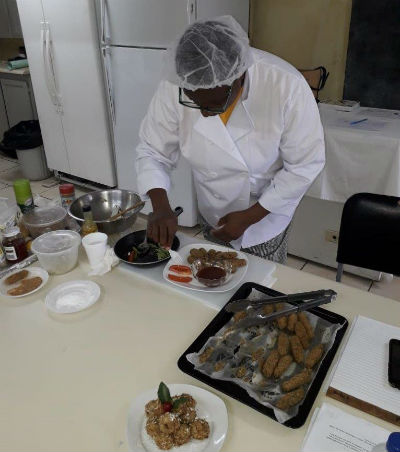 “The well-participated sessions were dubbed as eye-opening and have given a clear insight into the competition’s objectives and standards. Participants were delighted with the creative recipe writing sessions and shared that vegans aren’t given the option of finger foods at most restaurants. As, such we made the sweet potato pinna-coco-balls and sweet potato croquettes to show our versatility,”said Jane Jerry, Culinary Arts Development Specialist at the Jamaica Cultural Development Commission (JCDC), the organizer of the competition.

Jerry referenced the 2020 competition’s specially selected locally-produced food item, the sweet potato.Thelocally grown tuber was selected to be highlighted in this year’s competition because of its versatility in both its preparation and health benefits and because of its ease of availability on the local market, which is in keeping with the competition’s 2020 tagline “Eat What We Grow and Grow What We Eat”, encouraging Jamaicans to eat more locally produced foods. 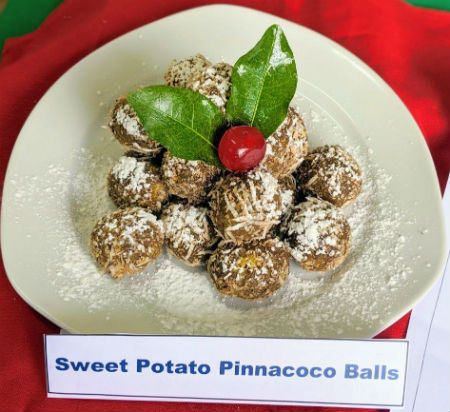 Sweet Potato Pinna-coco Balls are another vegan friendly demonstration item that will be prepared during the 2020 Jamaica Culinary Arts parish workshops.

“The sweet potatohas a plethora of health benefits. It helps with weight management, digestion and is rich in fibre, vitamins and minerals and rich in antioxidants. It also has a low glycemic index, so it is great for diabetics,”Jerry said.

“The meaningful participation and demonstrations from these workshops will also produce scrumptious three-course meals, desserts, wines and liqueurs from the sweet potato, truly showing its versatility, especially as a food item under the newly added vegan category in our recently updated culinary handbook,” Jerry continued.

Jerry noted that in addition to preparing prospective participants for the upcoming competition, creativity and originality would be high up on the menu of planned areas to be covered throughout the 13 workshops, which will run until Wednesday, April 29.

Additional information on these workshops as well as competition rules and guidelines and entry forms may be accessed on the JCDC website,  www.jcdc.gov.jm. Interested participants can contact the JCDC Head Office at 3-5 Phoenix Avenue, Kingston 10 or any JCDC Office island-wide.