PORT OF SPAIN, Trinidad – Consumers of flour made products were gearing for increased prices of these commodities after the state-owned National Flour Mill (NFM) Wednesday announced an increase in the price of flour from January 3rd next year. 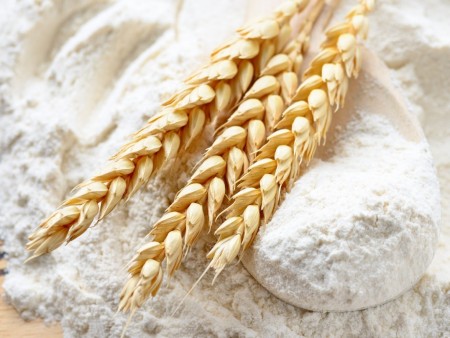 “With the increasing cost of wheat and freight globally, National Flour Mills today announced its decision to increase the wholesale price of flour by between 15 percent and 22 percent, with a suggested increase averaging 19 percent on the retail price of flour to the consumer,” NFM said in a statement.

It said that the decision follows several internal initiatives to improve operating efficiency and reduce processing costs in an attempt to contain expenditure and maintain the price of flour, in the face of increased supply chain costs and soaring commodity prices.

The company said that flour prices were last adjusted in 2008 and according to NFM chief executive officer, Ian Mitchell the increase “was by no means an easy decision, as we did everything within our control to try to hold our prices.

“But with the staggering increases in raw material and shipping costs, we were left with no choice but to make the adjustment. We are acutely aware of the knock-on effect that an increase in the price of flour could have in the market, but we cannot sell a product for less than it costs to produce,” he added.

NFM chairman Nigel Romano is quoted as saying “it’s an unfortunate analogy, especially given the realities of climate change.

“But we have been confronted by the perfect storm. 2020 witnessed the lowest wheat yields since 2007, and the supply chain disruptions caused by the pandemic have increased freight costs significantly, further impacting the landed cost of all grain and other material inputs.

“NFM is a price taker.  We have no control over the landed costs of our imported raw materials, which now account for 64 percent of our production costs.  I think the team is doing a good job improving our internal processing and driving other costs down, especially during these trying times, and we will continue to find ways to continually improve,” Romano added.

NFM said should international prices drop in the future, it would seek to pass on the gains to the consumer, even as the company acknowledged that the price increase will affect consumers as the cost of their basic basket of goods will increase.

“The direct impact, assuming use of four 2kg bags of flour per month, is estimated to be an increase of TT$10.00 (One TT dollar=US$0.16 cents) for the typical family, for example, an increase from TT$12.50 to TT$15.00 on a 2kg bag of Ibis,” NFM said, adding that products made with flour should not immediately become more expensive right away.