BELMOPAN, Belize – The 2021-2022 sugar crop comes to a close on Friday, and while the season got off to a rocky start, the American Sugar Refinery/Belize Sugar Industries (A.S.R./B.S.I.) says it ended on solid footing even as it acknowledged that an estimated 100,000 tons of cane will go to waste in the fields. 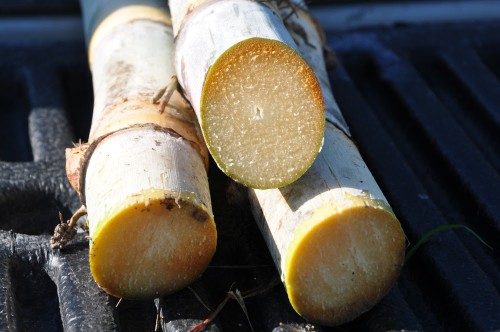 “Last year we were at around 1.2 million tons, so we’re short around 50,000 tons from last year. Last year, as we are aware, only about 20 to 30,000 of stand-over cane was left. We had several challenges this year,” said ARS/BSL Cana Farmers Relations Manager, Olivia Carballo-Avilez.

“We started late; we could have started on December 20th. It is when the mill was ready and we were ready to go. We had challenges with weather issues. We had a stop for about 14 days, which really you cannot take back. Those days are gone, so because of the finite time of a crop season, we have to wrap things up and start our repair season because after this, when the gates are closed, the whole mill is going to be taken down, repaired and then put back up in time for the next crop,” she added.

She said that it is also “unfair that farmers have to have their cane already tied into a manufacturer, unable to grind that cane.

“Even though BSI has been boasting tremendous investments, these investments have not been going in the area that really benefits the cane farmers, which is the grinding rate.”

This year’s crop has been threatened by calls for higher prices from the Belize Sugar Cane Farmers’ Association (BSCFA) and is asking for government’s intervention.

At the heart of the matter is a pending commercial agreement that both parties are yet to sign. The BSCFA wants higher payments for bagasse, but BSI’s Director of Finance, Shawn Chavarria, says the company has put its best offer on the table and that the cane farmers have refused to accept.

“There probably needs to be a reset from the BSCFA’s negotiating team to really objectively analyze the situation, analyze the facts that we have presented to show what the impacts of their proposals would have.

“We have presented two proposals. We have looked at their option of a 60-40 value share. We have said we are prepared to work with that. The only fundamental difference that we have compared to that is that one, they want a higher payment for bagasse, which we have explained to them we can’t do and we have demonstrated why.

“We have provided them with the audited financial statements from BELCOGEN to show that it is making losses and it has cumulative losses. The added step was taken of showing them the power-purchase agreement with BEL to show that the tariffs that BELCOGEN receives do not include a value for bagasse,” said Chavarria.

But the BSCFA says its research information has determined the exact opposite.

“We have done our research. We have looked at the figures that BSI themselves have provided us every month, every year in terms of how they calculate it, and we have seen where they have been unfairly been using the cost factor see how they could have our farmers pay more for these things,” said BSCFA’s chief executive officer, Oscar Alonzo.

“So it’s not that we are going about it emotionally where we went to sleep one night after some drinks and then woke up with a clever plan that you should pay us more, no. We have done our research based on the figures.

“We have done research of other sugar industries in the region. We have even done research with Santander that provides us with the justifications for a fair price. Right now Santander, by our research, paid their farmers 54 percent of the gross value,” Alonzo said, adding that the farmers are getting “48 percent only”.

The BSCFA has also responded to retired government minister, Florencio Marin Sr. appointed as an advisor to the Belize Sugar Cane Board.

But Martin said that the situation “is not a take or leave it situation. In any negotiation you sit down you discuss you rationalize the issues on the table.

That BSI reacts and says no, they can’t afford to pay it. I expect that reaction. But I also expect the Cane Farmers to do their homework and come up with arguments and figures and tell them “we go through this expense and we need to recover costs.”