ST. JOHN’S, Antigua – The Antigua and Barbuda is considering a proposal to construct an abattoir capable of butchering a minimum of 14,000 chickens daily as the island seeks to improve the production of poultry meat given that it spends millions of dollars (One EC dollar=US$0.37 cents) annually in importing meat products. 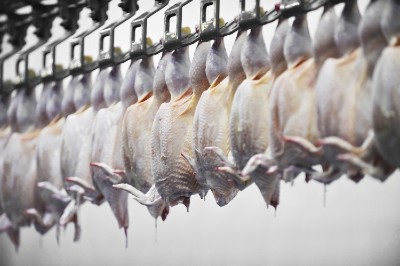 According to a statement issued following the weekly Cabinet meeting, while Antigua and Barbuda is efficient in producing eggs to meet domestic demand; however, the production of meat by way of broilers continues to lag.

The statement said that Cabinet welcomed five officials from the Ministry of Agriculture whose expertise on the production of poultry and poultry products is widely acknowledged and that one the experts is a London-based consultant who has been in Antigua for two weeks.

The consultant has made several proposals for increasing the production of meats, the statement said, noting that the “need for achieving food security requires Antigua and Barbuda to improve the production of poultry meat since the country currently imports $16 million dollars’ worth per year”.

But it said that in order to achieve self-sufficiency, the producers would have to butcher 150 thousand chickens per month.

“It was proposed to Cabinet that an abattoir capable of butchering a minimum of 14 thousand chickens daily could be installed in Antigua in seven to 10 months. The government is committed to building a new abattoir that will slaughter many more chickens and an adjacent slaughter house to replace the current building which sometimes floods and has to be inadequate”

The statement said Cabinet is encouraging small farmers to plan for expansion including the number of hatcheries that can be utilize the number of available chicks for the growers.