On January 20, 2021 Kamala Harris will be sworn in as the Vice President of the United States of America, marking a momentous event in the country’s history as the highest ranking female in US politics. As a Black American, Caribbean, and Asian woman, Harris represents the hopes and aspirations of all minority and ethnic women across the world. Although most welcome Harris’ meteoric rise, many are guarded in how they see her ability to make lasting change in a racially and politically divided nation. Three ‘voices’ representing Caribbean, Indian, and Latino heritage speak volumes about the impact the former California Senator has already had and will continue to have on women of colour. 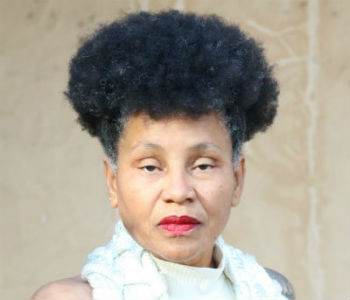 Sonia Baez-Hernandez “It is amazing to have Madame Kamala Harris as the first woman from a mixed background as Vice President, but she is overshadowed by polarized politics. She is part of new tendencies of women serving in congress, as governors, as attorney general, some inspired by issues of social justice, gender equality, and others conservative politics”, remarked South Florida-based Latina artist/activist Sonia Baez-Hernandez.

“But, even as Harris becomes Vice President”, Baez-Hernandez continued, “I am forced to interrogate the racist and misogynist society which perpetuate practices of exclusion to those who are socially constructed as inferior. We live in a society dominated by construction of difference — race, ethnicity, gender, immigrants, disability — inequalities and systemic discrimination impacting those who share these categories”.

Also thrilled but cautious is Anthropologist and Researcher Shivani Kaul, who is of Indian heritage. She applauds Harris’ achievement whose parents are from regions of the world that had powerful progressive movements — Tamil Nadu and Jamaica — but is circumspect about some of the Vice President elect’s past policies.

“On one hand it's remarkable that in a country that continues to incarcerate and impoverish black and brown people at disproportionate rates, a woman with Jamaican and Indian heritage will have a seat at the table in the highest executive office. About time! On the other hand, I'm wary about her track record in relationship to police reform as Attorney General in California, and mindful that representation in higher office does not equate to a dismantling of white settler and white supremacist state practices and mindsets, nor to a reduction in US-initiated conflicts abroad, Obama being a case in point”, noted Kaul. 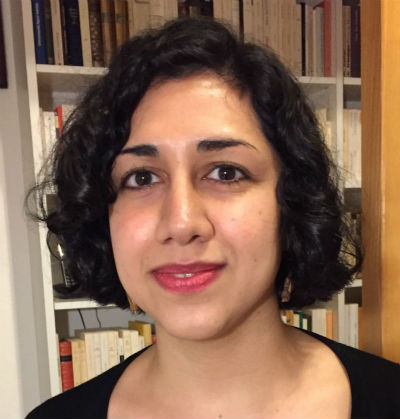 Jamaican Journalist Barbara Ellington - OD, JP, agrees that Vice President elect Kamala Harris will face many obstacles if systemic issues are to be tackled. Ellington noted that much is already being expected of Harris, primarily because of her background and heritage.

“But, Before we exhale, things have got off to a rocky start for President-elect Joseph Biden and herself. Lame duck President Donald Trump is making every attempt to make their tenure experience even worse obstacles than the Republicans placed in the path of the Obama administration.Against that background, I think Harris will have more than her fair share of hurdles to overcome”, said Ellington.

But, will Harris be able to jump those hurdles necessary for the work of rebuilding America? Kaul pointed out that dismantling and community building is slower work and done at family, municipal, and regional level by activists and occasionally political representatives who have held the government accountable for its own contradictions.

“But I do hope that her vice presidency and this administration will give a little more breathing room for this kind of work than the previous ones”, the anthropologist said, adding, “systemic change is needed, which is difficult to pinpoint in time or space. But, there are the issues of transformative justice and climate justice, which I think are interlinked and should be addressed together with new approaches to land and labor like the Green-Red New Deal”.

Ellington is hopeful, but is also realistic about congressional support, or the lack there of.

The Jamaican journalist noted that long after the euphoria has waned come January 20, 2021, Harris’ tenure will only have a positive impact on the USA if their administration gets the full backing of both the House and the senate. Black people in America should therefore curb their enthusiasm because for countless administrations African Americans’ issues have not been a priority, and may not be for Biden-Harris.

Baez-Hernandez agrees. She explained that “It is crucial to avoid any illusion of a post-racial or post-sexist society, as the nativist Trump administration inscribed public discourse describing congressional districts as a ‘rat and rodent infested mess’, along with the continued devaluation of the African American vote. Hence, demonization of the ‘other’ and the continued attempt to exclude the rights of Black communities… Our democracy has been fractured in a nightmare a populist autocrat and polarized politics.”.

But, all is not lost, for as Ellington explained there have many women leaders across the world who have transformed their countries for the better. So, why not America?

“I expect that as far as the world is concerned, Harris will gain acceptance because unlike America, women leadership is only novel in America. Here in the Caribbean we have already had Kamla Persaud Bisasor, Dame Eugenia Charles, Mia Motley and Portia Simpson Miller. And, Germany, India, the UK, Mayanmar, Pakistan, Estonia, Argentina, Israel, India, and Bolivia are among scores of countries around the globe that have already had female leaders. And, just look at Jacinda Ardern’s progress in New Zealand? America is late to the party”!

Indeed, Vice President Elect Kamala Harris is only a step away from the Presidency. The reality is, if President Elect Biden were unable to lead she would automatically step into his shoes. Is America ready?

Said Ellington: “The minute the results were confirmed in her favour, my first thought was that were anything to happen to Biden, VP Harris would be the next president of the USA. In spite of him having a white American mother, they were not ‘ready’ for Barrack Obama, but he had two terms. Ready or not, this is a likely possibility, so short of assassinating her, they would just have to suck it up”.