LONDON, England – The British government was forced to issue yet another apology to the so-called “Windrush” generation after it was discovered that more than 500 private e-mail addresses were mistakenly shared with recipients of a mailing list for a compensation scheme announced by London recently. 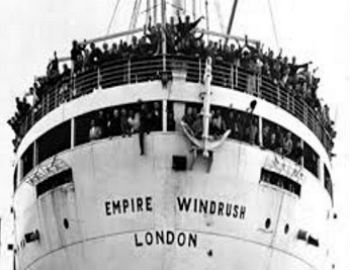 Caribbean nationals who went to England on the ship were called the “Windrush” generation.The Windrush generation are the estimated half a million people, who between 1948 and 1970 moved from the Caribbean to Britain, which in 1948 faced severe labor shortages in the wake of the Second World War.

The British government agreed to pay up to £200 million (one British pound = US$1.30 cents) in compensation to people whose lives were damaged by the Home Office’s mistaken classification of them as illegal immigrants.

In a statement, Immigration Minister Caroline Nokes explained that an e-mail sent to people and organizations who had registered an interest in the compensation scheme included details of other recipients’ e-mail addresses, which amounted to a breach of data protection requirements.

“Regrettably, in promoting the scheme via e-mail to interested parties, an administrative error was made, which has meant data protection requirements have not been met, for which the Home Office apologizes unreservedly,” Nokes stated.

“This occurred in e-mails sent to some of the individuals and organizations who had registered an interest in being kept informed about the launch of the compensation scheme, which included other recipients’ e-mail addresses. Five batches of e-mails, each with 100 recipients, were affected. No other personal data was included.

“A recall was commenced as soon as the problem had been identified. The departmental data protection officer has been informed and an internal review will be conducted to ensure this cannot happen again. The department has voluntarily notified the Information Commissioner’s Office of the incident. I am firmly committed to doing right by the Windrush generation,” she added.

The written statement also confirmed the definition of serious criminality for the purposes of the compensation scheme was defined as a conviction that received a sentence of imprisonment of four years or more.

Home Secretary Sajid Javid said there would be no cap on the fund, making it impossible to estimate how much money would eventually be paid to victims.

Payments will not be restricted to people from the Caribbean, but made to anyone who has been in the United Kingdom since 1988 who has been wrongly classified as being in Britain illegally and as a result lost the right to work, access to healthcare and the ability to rent property.