In a  drastic move to stem a resurgence of coronavirus (COVID-19) infections and deaths, some Caribbean nations have announced plans to bar tourists from the United States. 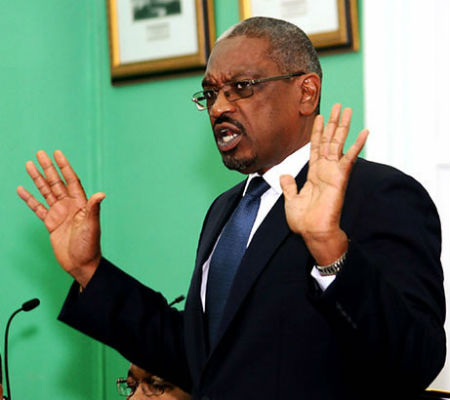 Dr. Minnis has witnessed a spike virus infections since re-openingThe decision is expected to levy additional hurt on the region’s tourism industry, which depends heavily on American visitors and had already suffered from earlier lockdowns due to the COVID-19 pandemic.

However, more than 90,000 cases of COVID-19 infections had been recorded in the Caribbean through the end of July. The dramatic rise in virus infections and deaths in the U.S. has forced the consideration by some Caribbean nations to bar Americans, while others remain fixed on re-opening plans during the pandemic.

Last month, The Bahamas said it would no longer allow American visitors starting July 22. After that date those already in the Caribbean nation would be allowed to leave. The U.S., by that time, had recorded a massive spike in COVID-19, with more than 4.5 million testing positive and over 150,000 dying from the virus. At least one report, however, indicated the statistics could be up to 10 times higher and other nations, particularly in Europe had already limited the number of Americans who could travel there.

Several nations in the Caribbean were considering similar action.

Last month, St. Vincent and the Grenadines also indicated it could suspend tourist arrivals from the U.S. due to the COVID-19 pandemic after reporting multiple cases of infections since re-opening its borders. Eleven cases of virus infections were reported among passengers aboard an American Airlines flight, which arrived in SVG on July 11 from Miami, Florida. On July 18, another AA flight, also from Miami, reportedly carried four persons who tested positive for COVID-19 when they arrived in SVG.

Other Caribbean nations made similar adjustments, some couched in language which appeared to avoid offending the U.S. directly, but offered the same effect. The government of Anguilla, for example, suspended arrivals of nationals from countries which had more than 0.2 percent of their population infected with COVID-19. That ban was effective up to July 25, but subject to review. At least 1.2 percent of U.S. nationals are reportedly infected with COVID-19.

Grenada, up to press time, had not announced a date to resume commercial flights to and from the U.S. Americans arriving by via “pleasure craft” or through other countries were required to take a COVID-19 test and could be quarantined.

Meanwhile, Bahamas Prime Minister Hubert Minnis, in an address to the nation on July 19, explained that the COVID-19 pandemic had escalated “at an exponential rate” since the country again allowed visitors starting July 1.

“Regrettably, the situation here at home has already deteriorated since we began the re-opening of our domestic economy,” Dr. Minnis said.

With the U.S. being about 50 miles away and seemingly floundering to arrest the COVID-19 crisis, Dr. Minnis said it was time for The Bahamas to implement new policies.

“In neighboring countries, hospitals are overwhelmed and deaths are increasing,”he explained. “For some places it is unclear when or how they will get this virus under control.”

From the time of the re-opening to the date of his speech, Dr. Minnis said The Bahamas had recorded 49 new cases of COVID-19, 153 overall. By then Florida had become the epicenter for the virus in the U.S.

As part of his announcement to stop visitors from entering, Bahamasair, the national airline, shut down operations from the U.S. Commercial flights and vessels like cruise ships from the U.S. were not allowed in The Bahamas until further notice.

The policy to stop travelers from the U.S.did not apply to other nations which help bolster The Bahamas’ tourism, including the United Kingdom, European Union and U.S. neighbor Canada. The U.S., however, provides the most tourists to The Bahamas which, Dr. Minnis said, was a major worry that needed to be addressed quickly.

“Our current situation demands decisive action, if we are to avoid being overrun and defeated by this virus,” said Dr. Minnis, the acting minister of health.

“We cannot allow our hospitals to be overrun. Many priorities must be balanced, be they health, social and economic. Chief amongst these though is the health.”

Meanwhile, SVG Prime Minister Ralph Gonsalves warned his country will continue to tighten protocols for travel to SVG if COVID-19 cases in the U.S. continued to spike. His nation reported multiple cases of infections since re-opening its borders.

“What has happened is this: In the United States of America and particularly in Florida and other places, there is a big flare up (of COVID-19) and we tightened the protocols,” said Gonsalves last month on a radio program.

“… If persons who return choose not to pay attention to the quarantine, you may push the government to suspending the flights from the United States of America until things improve there.”

“The protocol is going to be strengthened,” said Gonsalves.

However, some Caribbean nations have so far rejected the notion of barring U.S. visitors, claiming it would destroy tourism. They do not plan to immediately follow the route taken by The Bahamas.

“For the moment for sure we are not there at all yet,” Jamaica’s Tourism Minister Ed Bartlett said in a recent radio interview.

Jamaica re-opened its borders in June. Through July 26, the government said it had recorded 842 COVID-19 infections.

Other Caribbean nations have also opened and some plan to re-open this month. Some are looking to a later date.

Meanwhile, the U.S. State Department on July 22 issued its own health advisory for travel to the Caribbean, asking citizens to avoid going to parts of the region due to COVID-19. The department also asked citizens in the region to “arrange for immediate return” to the U.S.