As a child, United States Senator Kamala Harris remembers the urgings of her Jamaican father. 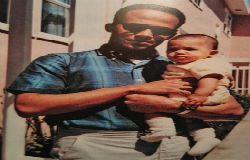 Harris, Donald and Kamala“Just let her run, Shyamala!” Donald would say to her mother as Harris set off on another playfuldash. “… Run Kamala. As fast as you can. Run!”

DadwantedHarris tobe bold, to test her best.Now she’s in the biggest race of her life, after announcing she’s running for president of the United States. It appears her father’saim, to infuse belief to embracechallenges without fear, worked.

“My dad was a superhero because he made me feel brave,”Harriswritesin her children’s book “SUPERHEROES Are Everywhere”, one of two published worksreleased last month.

The bookdrivesa theme ofinspirationandpraise for those who helped mold Harris’s character.Although Harris was raised mainly by her single mother, following the couple’s divorce when she was seven, her father’s message stuck. In Harris’ssecond release, a biography titled “The Truths We Hold - An American Journey”, she describes her dadas “a brilliant student” who migrated from the Caribbean island to attend college in the U.S., where he studied economics and is professor emeritus at Stanford University.Hisplayground encouragementremains embedded in Harris’s mind. 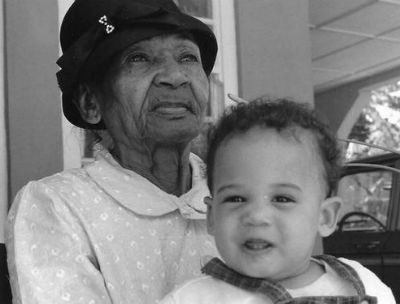 “I remember that when I was a little girl,”Harris writes in “Truths”, “my father wanted me to run free.”

That confidencewas reinforced by Harris’s Indian-born mother (a scientist who later died from cancer) plus friends and family, including many in Jamaica, which she and her sister Maya visited growing up. Both books show off photographs of Harris as a child withJamaican relatives like great grandmother Iris Finegan, grandmother Beryl, and grandfather Oscar Joseph.

Harris would grow up torun - and win –other races, from college posts to public office in her home state of California. She served as districtattorney in San Francisco (2004-2010) and became the state’s attorney general (2011-2017). Along the way, she campaigned on issues such as correcting a flawed justice system that unfairly punished minorities and the poor.Harris published “Smart on Crime: A Prosecutor’s Plan To Make Us Safer” in 2009. She also blasted a financial establishment that preyed on the same vulnerable groups. 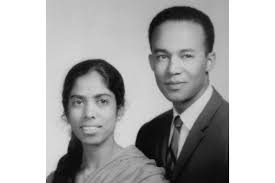 Kamala’s parents Shyamala and Donald HarrisIn 2017 Harris was elected to the U.S. Senate, where she has established herself as a tough, direct but fair political force, unwilling, as she outlines in “Truths”, to be chained by norms not worth preserving.In the era of President Donald Trump, where one political scandal tumbles right behind another, Harris is also recognized as an honest,steel-edged inquisitor, especiallyon the Senate Intelligence Committee. She’s also been a member of the Committee on the Budget; Homeland Security and Government Affairs; and Committee on the Judiciary.

Still, some have criticized her “prosecutorial” style of questioning. Harrisisn’t fazed.

In “Truths”, Harris recites a lesson learned early: “ … the power to make the world a better place is inside all of us.” At age 54,she is feeling the need to expand that power. But she is expected face a crowded field of Democratic presidential candidates hoping to challenge Trump next year.On Jan. 21, which is marked in the U.S. as a day of recognition for slain civil rights leader Dr. Martin Luther King Jr., the first black California attorney general finally announced her decision to run.

The junior senator’s stint in the national political spotlight has been brief, but Harris is no stranger to being a voice for public opinion. In “Truths” she recalled her parents taking her to political rallies as a child. She was active in social causes, such asprotests for civil rights, throughout her school years, including Howard University and the University of California, Hastings College, where she studied law.

Yet, according to her bio, Harris’s formal education is only one pillar ina foundation that has put her firmly among the fresh voices in American politics.She’s already forged important political alliances, calling former President Barack Obama, who also took the presidential plunge as a young U.S. senator, “my friend.”

“SUPERHEROES” aims to empower children (“You’re a hero by being the very best you”, Harris writes.)“Truths” lays out her views on a wide range of political issues, including support for the public’s “right” to health care, belief that climate change is real and threatening, equal justice for all, the importance of fair taxation and same sex marriage. She also sees the need to fix the American economy so everyone – not just the rich and corporations– benefits.

Yet deeply entwined in her character is the influence of her Caribbean roots. She supports “Dreamers” and other pro-immigration issues. Yet she also sees the issue being exploited, by people like the current commander in chief, to seize political leverage.

“For as long as ours has been a nation of immigrants we have been a nation that fears immigrants,” Harris explains in “Truths”. “Fear of the other is woven into the fabric of our American culture, and unscrupulous people in power have exploited that fear in pursuit of political advantage.”

So Harris has been a vocal critic of Trump’s travel (or “Muslim”) bans, as she calls them, and his attempts to build a wall on the southern U.S. border. She’s also rippedhisadministration’s policyof separating children from their parents at the border in an attempt to deter undocumented immigrants from entering.

Harris also understands the weight placed on women wedged into a world run mostly by powerful – usually white – men. She witnessed the scathing attacks on Hillary Clinton during her 2016 presidential run, many sexist.Harris has been publicly chastised by menfor her approach in the Senate and observers have noted the difference in treatment. But she has not backed down and has not hesitated to vote her conscience. When answers by highly decorated military veteran John Kelly did not satisfy Harris during his confirmation hearing for secretary of homeland security, she voted against him and“pressed my colleagues to do the same.”

In “Truths” Harris repeatedly crowns her mother with praise. “Mommy, you are the star of this book,” she writes, “because you were the reason for everything.” Another truth:Harris is a product of multiple ingredients. She’s a black woman born in the U.S. to a Jamaican man and an Indian woman, married to a white man and working in an environment dominated by white men.Yet Harris writes that she’s plunging herself into the thick of the fight “for the soul of our nation.”

Her first name originates from an ancient Indian word for lotus flower. But it has long Caribbean roots.Now it appears readyto roar into full bloom.

“Thank you to my father,”Harris writes in “Truths”, “who, when I was a young girl, encouraged me to be fearless.”

- Photographs, except from book covers, obtained from “The Truths We Hold – An American Journey”.