Olga Scott, Wife of Former Premier of Bermuda, Dies at 83

HAMILTON, Bermuda — Premier David Burt has paid tribute to Jamaica-born Olga Scott, who championed a charity for at-risk young women, saying she was a “kind and compassionate woman” and “exemplified the very essence of public service”. 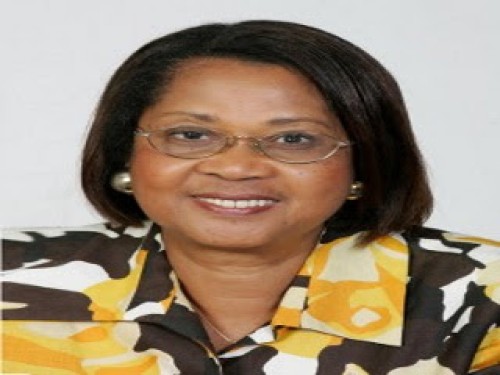 Olga Scott (File Photo)Scott, who has died at the age of 83, was the wife of former premier Alex Scott, who led the ruling Progressive Labour Party (PLP) from 2003 until 2006 when he was ousted by Ewart Brown in a leadership battle.

“On behalf of the government and people of Bermuda, I offer my sincere condolences to her family. As we mourn her loss and offer comfort to her husband, children and grandchildren, we remember a woman who took Bermuda and its people into her heart and simply said in her own words, ‘This is my home’. That’s it,” Premier Burt said.

The cause of death was not disclosed.

Scott, who had two children, Robyn and Lawrence, the current Minister of Transport, was awarded the Order of the British Empire (OBE) in 2009 for her services to the health, education and development of Bermuda’s youth.

Burt hailed her as “the visionary behind Teen Services and the fulfilment of its mission to provide support and counselling to teens and young mothers.

“From her arrival in Bermuda in 1967, through those early days of building community trust and establishing these new services for Bermuda, Olga Scott has been a social service pioneer.”

Scott, graduated from South Dakota State University with a Bachelor of Science Degree in Psychology and attainted a Masters Degree in Educational Counselling and Guidance from Indiana University.

She originally came to the island as a social worker on a two-year contract to get the children’s welfare program started.

She remained dedicated to Teen Services for more than 50 years and served as its executive director for 21 years, following that tenure as an active board member and representing the entity on the Caribbean Family Planning Board.

“During her husband’s premiership, Olga Scott was a constant and reassuring presence, ably supporting him through the rigors of public service.

“Her strength and dignity was inspiring and with her characteristic charm and sense of humor she served as an equal partner for her husband during his time as premier and in ministerial office.”

Burt, the premier since 2017 whose mother Merlin is Jamaican, added: “on a personal note, Lady Scott, as we referred to her, was incredibly kind to my wife, Kristin, offering advice and support from her experience.”