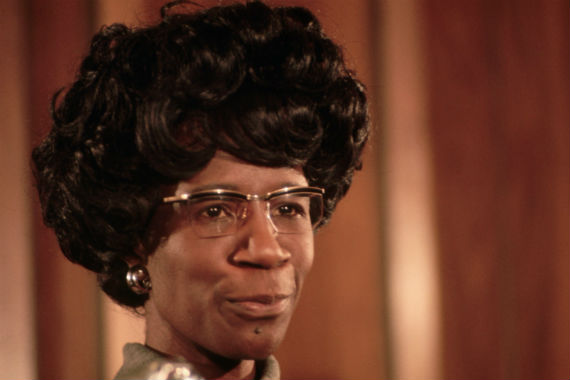 Chisholm, whose mother was Barbadian and father Guyanese, was an educator and former representative of the 12th Congressional district in Brooklyn for seven, two-year terms. New York’s governor said the 407-acre, $20 million state park on Jamaica Bay in Brooklyn offers hiking, biking, fishing and picnicking.

Cuomo said it is a signature project of his Vital Brooklyn Initiative, which calls for 34 new or improved pocket parks, community gardens, playgrounds and recreation centers “within a 10-minute walk of every Central Brooklyn resident.”

“Shirley Chisholm grew up in Brownsville (Brooklyn). When the family wanted a place to relax, you know where they had to go? Jones Beach (on Long Island),” Cuomo said at a recent ceremony opening the park, which was also attended by Chisholm family members and local elected officials.

“You can fish. There will be programs to teach children about the environment, there will be picnic areas, there will be bike trails, beautiful mural honoring Shirley Chisholm done by Danielle Mastrion,” Cuomo said.

“… And, as we open this beautiful park and open a whole new area of interest to generations of young people, right here in the back yard of Brooklyn, let us also remember the lesson and the moral of Shirley Chisholm and fight the good fight. And you work even when it’s hard to bring real change to people who really need it … The important things in life don’t come easy.

“And that’s why I think the dedication to Shirley Chisholm is so important. Here, you have a family that immigrated to the United States and showed how possible, and the potential of what immigration can do for this country and how it makes it a stronger country.”

In 1965, Chisholm became the second African American to become a member of the New York State Assembly. Three years later, she was elected as the first African American female in the U.S. Congress.

In 1972, Chisholm became the first woman to appear in a presidential debate running for president of the U.S.

The Shirley Chisholm State Park is the second state park in Brooklyn.