Medical Advocate Goes Beyond the Grain

This Ivy League graduate came from humble beginnings. Holding a first degree from Princeton University then attending Boston University School of Medicine, South Miami-based Pediatrician Dr. Tina Carroll-Scott, credits her altruistic values and indeed her success to her traditional Caribbean upbringing instilling discipline, focus, and generosity. She was born in upstate New York to a Jamaican mother and American father, noting that she was much more influenced by her mother’s side of the family. She spoke passionately about her recent trip to the island. 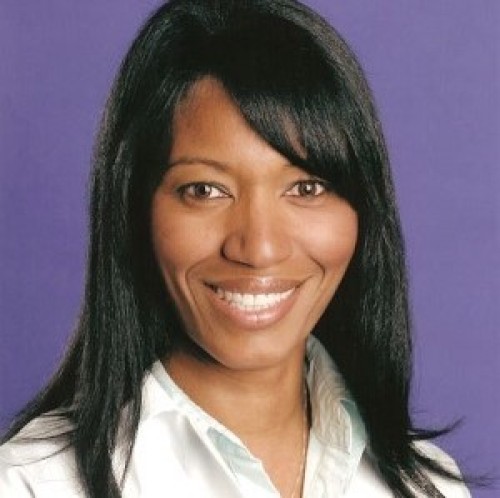 “One of the things that really affected me was the fact that I had gone to Jamaica for all the things that I love — the culture, the beauty of the island, the food, the people. But, the part that I could not ignore was the poverty and how so many people are suffering,” decried Dr. Carroll-Scott.

She noted that many schools in Jamaica were negatively affected by COVID-19 which left school children without even the basic necessities to continue learning. In fact, many rural households had no facilities or wherewithal for online support or classes.

A fundraising idea came to light when the Pediatrician returned to Florida and participated in a 5K race endorsed by the Consul General of Jamaica, Oliver Mair. Why not create a 5K event specifically to raise funds for schools in Jamaica, was her thought.

Dubbed 5K Gallop, the race will take place on August 27th, 2022 at the Miami Metro Zoo to raise money as well as celebrate Jamaica’s 60th anniversary of independence. Participants can register online at 5Kgallop.org, come out to the event in person, or donate to a school of your choice on the website.

“I thought this would be a great way to get people out, to raise money, and also to commemorate Jamaica’s 60th”, said an energized Carroll-Scott.

The doctor’s benevolence extends way beyond fundraising. She began her medical career as a resident at the University of Chicago, where she met her husband who was also in residency at the same institution. Fate and choices would lead them to Florida where Car-roll-Scott did stints at Jackson Memorial and Miami Children’s Hospital.

But, it was her work with the Public Health Service in Fort Pierce Florida where she found her ‘voice’ serving migrant workers, mainly Haitians, and other underserved populations. It is because of that work that the pediatrician was offered the post as Medical Director for the South Miami Children’s Clinic where she is living her dream of giving back to others.

The Clinic was developed, with the support of South Miami Hospital and Baptist Health South Florida, to provide high quality medical care to uninsured/underinsured children living in South Miami, a community of primarily African-American working class with limited resources.

“Basically I was seeing patients that were uninsured, so it was a charity. I realized that they couldn't navigate the system to figure out how to get on insurance like Medicaid, so I spent the first year or so helping them navigate that process and get-ting them on insurance.”

“We were defeating the whole purpose of helping this community because if I get them on insurance, then they would no longer have a medical home. So they would end up either with no care or using the urgent care or emergency room as their primary care. I wanted to keep them under one roof. So my clinic is unique in that it’s a safety net.”

Now 15 years on, approximately 90 percent of Dr. Carroll-Scott’s young patients are insured. That means she does not have to rely solely on grants and donations, but can bill as well, with those dollars put back into the clinic for enhanced patient care.

“What makes the clinic work is that trust in me as the medical director, they trust my vision and they stand behind that 100 percent. They see the work that I've done in the community, not just from a medical standpoint, but also dealing with all of the social determinants of health,” Dr. Carroll-Scott explained.

She added: “I delve further to find out what's going on in their environment, like housing insecurity, food insecurity, abuse in the household, whether it's domestic violence or child abuse. Once you dig a little bit further, you realize that it's the stressors of daily life that are causing the physical problems.”

And COVID-19 has proven to be one of the major stressors. The pediatrician noted that mental health issues has become a prime issue since the pandemic. The mother of three explained that anxiety, depression, suicidal ideation, even eating disorders are showing up in her young patients to an extent she has never witnessed in her 25 years of practice.

This medical advocate continues to go beyond the call of her medical practice, going into the community she serves offering social and mental support. She has helped families se-cure housing, intervened in child abuse cases, or help children enter the school system.

“It's about the relationships that I have with these families. And I think having them put their trust in me is really critical, especially during this pandemic… But, you know, I could not accomplish anything that I do in my daily life without God as my foundation.”