WASHINGTON, D.C. – Last December, Jamaica’s central bank posted a reggae music video on its Twitter account. Since then, more than 240,000 people have watched the video, prompting the bank to release a second video, which has already been viewed 180,000 times. 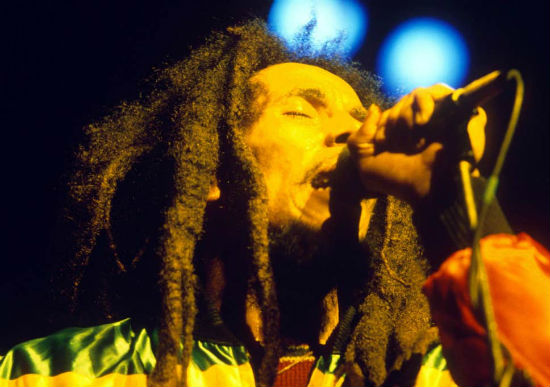 Music Bob Marley helped make popular is being put to other usesThe bank’s reggae songs don’t contain typical reggae lyrics. Instead, the songs tackle a subject that is central to monetary policy: Inflation.

The subject is familiar to many in Jamaica, which for decades suffered from high inflation. The worst bout occurred in the early 1990s, when prices soared 80 percent annually. Since then, the government has pursued a series of economic reforms, including inflation targeting, which entails setting a goal for the maximum inflation rate and telling the public about it.

The aim of inflation targeting is to contain rising prices and promote stable economic growth. In 2017, the central bank, formally known as the Bank of Jamaica (BOJ), set an annual inflation target of between four percent and six percent.

But for inflation targeting to work, people have to be confident that the government will be able to keep inflation within the target range. It is critical for central banks to foster confidence in their policies. Consequently, central banks need to be good at communicating their policy initiatives and objectives.

To do this, head of communications at Jamaica’s central bank Tony Morrison decided to try something unusual – he turned to reggae to help the bank get its message across.

“I used to use music in my work as a reporter on T.V. and as an entertainment manager I used to work with entertainers and manage bands,” Morrison said. “Music is a part of me.”

Morrison said his idea was to create a catchy song that would help people think about monetary policy. He thought the best way to do this would be to write “one of those annoying songs that you hear in the morning and then you find yourself singing it in the evening.”

When Morrison pitched the idea to his boss, the bank’s deputy governor, he “burst out laughing,” Morrison told NPR. But Morrison and his boss soon began working on the idea, which was eventually approved by Jamaica’s finance minister.

Morrison and his team partnered with reggae artistes to produce the music. The songs then became part of a broader communications strategy that included an advertising campaign on social media platforms and billboards, as well as in newspapers and on local radio. The campaign even included an advertisement in a children’s publication distributed in Jamaican schools. A comic-strip on the economic program is also coming soon.

Morrison’s approach may not have worked in another country, but it made sense in Jamaica. In other markets, where the population may be more financially literate, traditional approaches to financial communication can be effective.

“Jamaica is one of the poorest countries in the world to ever have adopted inflation targeting,” Mooney explained. “In more advanced countries - for example the United States or Canada - people are generally able to understand the implications of central bank economic and financial data releases for their mortgages and investment portfolios.

“In Jamaica, this is much less certain.”

By tailoring the bank’s messages and communication channels to local culture and circumstances, monetary authorities were able to roll out a state-of-the-art policy framework in a country that some skeptics had deemed unready for it.

Though unusual, the communications campaign helped increase the public’s understanding of monetary policy and its goals, boosting confidence in the bank’s ability to fight inflation.

“Jamaica is proving that nearly anything is possible, if you are committed and innovative enough,” said Mooney.

Morrison also believes a similarly novel approach could work in other countries.

“I think every country … should have some element of their culture that can be used as a communication agent,” he said.

“Ways can be found for other central banks to enhance their communication, maybe not the exact same way, but using similar techniques.”

So far, the Jamaican central bank’s success with inflation targeting has been working. Inflation has been kept within the targeted range since mid-2017.

Meanwhile, the bank has used its traditional array of policy tools - including overnight interest rates and reserve requirements - to curb inflation.