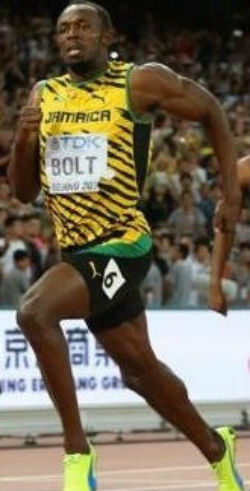 “Bolt - run” - Scintillating performances helped make Bolt a legend.In the program to commemorate “Penns” 125th staging, organizers published a photograph of Bolt anchoring Jamaica’s 4x100 meters relay team to victory in a facility record 37.90 seconds. The caption also highlighted another record: “This meet featured the largest crowd in Relays history and the largest crowd to watch track in the United States since the 1996 Olympics in Atlanta.”

It was, organizers admitted, was all because of Bolt.

“He is a spectacle,” said Charles Dorman, Penns director of media relations, as he described the frenzy surrounding Bolt’s appearance nearly a decade ago to Caribbean Today, when more than 50,000 fans crammed into Franklin Field stadium.

“He’s a rock star. People just wanted to be a part of that.”

Massive crowds were a trademark of Bolt’s time in track, drawn by his scintillating performances and flamboyant personality. At his peak, the sport’s fortunes balanced squarely on his broad shoulders. Now the IAAF World Championship in Athletics, the first global meet since Bolt hobbled into retirement following the last WCA in 2017, looms in the fall and the gaping hole left by his departure is already looking ominous.

“There is no secret that we’re going through a tough time in track and field as it pertains to earnings that are available, races to be had and Bolt gave people reason to turn attention to the sport,” former United States sprint star Lauryn Williams told Caribbean Today while attending Penns.

“I think it was really a cool thing for not just the men side of the sport, but also the women’s side of the sport, where we all got to benefit from the excitement that was created around him being able to bring so much attention to the sport in general, but then also those great performances.

“… He got people’s interest overall in the sport up to a new level.”

Already, some track observers are calling Bolt’s absence a trigger for the decline of Jamaica’s dominance in sprinting – at least on the male side. The nation failed to win an event at last month’s IAAF World Relays in Japan, in what was widely blasted as its worst showing at the meet.

“Clearly they (Jamaica) were not prepared for the level of championship they faced,” Jamaican Gregory Haughton, a former WCA and Olympic medalist, explained in a video release last month.

“Since the retirement of Usain Bolt I have witnessed some very poor performances. The tremendous energy and monumental momentum that Mr. Bolt infused in the sport is rapidly dissipating.

“The mental strength, the mental endurance and raw hunger to win just does not seem to be present at this time.” 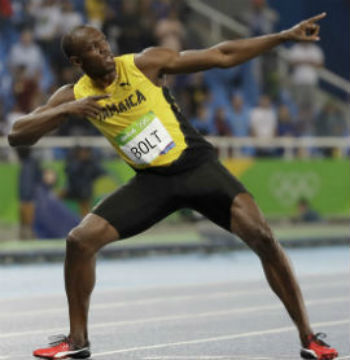 Trackobservers claim they are at once excited over the possible emergence of other stars and scared the enthusiasm Bolt pumped into the sport - with a hefty dose of world records and gold medals on the biggest stages - could suddenly fizzle and die, and the next generation of athletes would be left without inspiration.

“I pray that this trend does not trickle down to the youths,” Haughton said.

Quietly, some of Bolt’s fiercest rivals hint his absence means a more competitive environment in world sprinting. Translation: more glory for themselves. Some claim they were closing the gap on the aging sprint giant by the time he finished in London anyway. Yet they also concede they’ll miss the spotlight - and rewards - Bolt brought to their sport. For some, he was the biggestspark.

“I remember as a young teenager just watching him warm up at Penns in 2010,” recalled rising sprinter Cameron Burrell, whose father Leroy once held the 100 meters world record. “It was awesome. And to watch him race was so inspiring.” 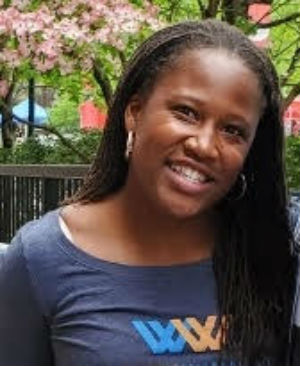 Organizers admit to Bolt’s massive impact at Penns. For them, 2010 disrupted what had been normal for more than a century.

Once Bolt was confirmed for the meet, he said organizers received more than 600 media requests. Penns basked in the attention.

“It was great to have the most famous guy coming to your meet,” said Dorman.“… It brought in added attention. It showed this meet is a draw.”

Those new to the sport, who didn’t have the opportunity to compete against Bolt, feel his lingering impact. His absence from the track, they admit, has floated a cloud of uncertainty.

“Only time will tell who the next, I guess, face of the sport will be,” said Burrell, now 24, while at Penns, “but (Bolt) was definitely a once-in-a-lifetime talent.”

Bolt’s influence spread track’s appeal well beyond the sport’s regular corridors. New converts flocked in worldwide. For Caribbean people, his success meant one of them had made it - really big –and it lifted an entire region.

“You had someone who resembles you, coming from a similar background and excelling in the sport,” Nicole Gibbs, who was born in St. Thomas, U.S. Virgin Islands, explained to Caribbean Today at Penns.

“It broadened people’s horizons, who we are and who we could be, in terms of (Bolt’s) vibrant personality.

“And he always stayed true to himself. That’s very important, because it gave the world not only an idea of what we could do, but also gave our children someone to look up to. They too can accomplish.”

While observers like Williams and Burrell are positive the sport will prevail, fans at Penns2019 and other track meets still approach Jamaican media eager for a Bolt update.

“Maybe he’ll come back?” one fan said, half hoping, half begging.

They still see Bolt in numerous advertisements, selling everything from drinks to watches. The popularity of Puma gear took off alongside its marquee model. Fans also cringed at Bolt’s failed attempt at professional soccer. To them, it meant he had really moved on.

Even so, they pine for Bolt’s electrifying performances, his distinctive pose and the circus atmosphere that followed him everywhere. Track’s Pied Piper is gone, in that same “whoosh” Trinidad’s Richard Thompson described when the Jamaican blew by him in the 100 meters final at the 2008Olympic Games. The chilling draft he’s left in his wake make fans nervous, but they won’t forget him.

“No question about it.”