BRIDGETOWN, Barbados – Three CARICOM nationals, including the former West Indies cricket captain, Sir Vivian Richards, are being considered for the Order of the Caribbean Community, the highest award to be given by CARICOM governments. 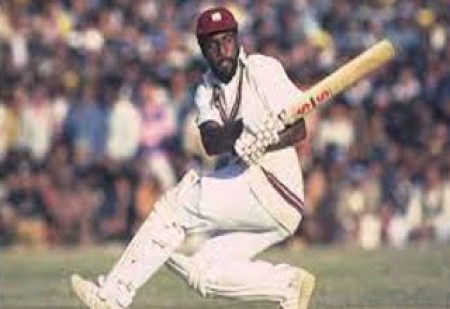 Sir Vivian Richards (File Photo)Informed sources told the Caribbean Media Corporation (CMC) that apart from Richards, the others under consideration are the former Barbados government minister, Dame Bille Miller and the Trinidad and Tobago calypsonian, David Michael Rudder. The award will be bestowed during the CARICOM Summit scheduled for Suriname in July.

During their last inter-sessional summit in Belize, the CARICOM leaders had given the green light to honoring LaRocque, the seventh CARICOM secretary general, who began his service at the Guyana-based CARICOM Secretariat in September 2005.

The communique issued following the summit said LaRocque, who served as served as secretary general from 2011 to 2021, is being honored for “his services to the Community.”

The Order of the Caribbean Community is an award given to “Caribbean nationals whose legacy in the economic and cultural metamorphoses of Caribbean society is phenomenal.” The award was initiated at the English Conference of Heads of State and Governments of CARICOM in 1987 and was first bestowed in 1992.

Sir Isaac Vivian Alexander Richards, who represented the West Indies cricket team between 1974 and 1991, is widely regarded as one of the greatest batsmen of all time.

Richards made his test debut in 1974 against India and scored 8,540 runs in 121 Test matches at an average of 50.23, including 24 centuries. He also scored 1281 runs in World Series Cricket with five tons at average of over 55 which was regarded as highest and most difficult cricket ever played.

A captain, the Antigua and Barbuda national captain, won 27 of 50 Test matches and lost only 8. He also scored nearly 7,000 runs in One Day Internationals and more than 36,000 in first-class cricket.

He was knighted for his contributions to cricket in 1999.

Dame Billie Miller is a Barbadian lawyer and a former parliamentarian and Deputy Prime Minister.

She was re-elected Member of Parliament for the City of Bridgetown for the seventh time and was appointed Senior Minister in May 2003, retaining the portfolios of Foreign Affairs and Foreign Trade.  She was also the first woman to sit on the Cabinet of Barbados.

She held several portfolios as a minister between 1976 to 2008, including deputy Prime Minister and Minister of Foreign Affairs, Foreign Trade and International Business. Prior to her election to the House of Assembly, she was active in business and civic organizations including the Barbados Family Planning Association, the Barbados Bar Association and was the coordinator of CARICOM Ministerial Spokespersons with Responsibility for External Negotiations in Bilateral, African Caribbean and Pacific States-European Union (ACP-EU), World Trade Organization (WTO) and Free Trade Area of the Americas (FTAA).

David Rudder, is known to be one of the most successful calypsonians of all time. One of nine children, Rudder spent much of his early life with his grandmother, a devout Baptist and began singing with a calypso band at a young age.

He sang backup vocals in a calypso tent run by Lord Kitchener,[4] while earning his living as an accountant with the Trinidad Bus Company  In 1977, he joined Charlie’s Roots, but stepped outside the band, entering the calypso tent as a solo calypsonian in 1986.

His tune “Rally ‘Round the West Indies” was modified to become the anthem of West Indies cricket.